The Edgitators: Can Cam Newton Be A Good Leader? 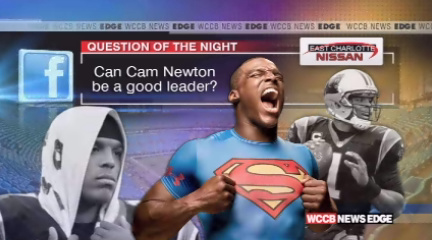 Another day, another fight at training camp.  This one a locker room fight between New York Jets starting quarterback Geno Smith and linebacker IK Enemkpali.  And there are rumors it’s all over a $600 plane ticket.

Enemkpali cold-clocked Smith in in the face, fracturing his jaw.  Enemkpali was immediately dismissed from the team.  Smith will be out six to ten weeks.

Just Monday we told you about quarterback Cam Newton getting into a fight with Josh Norman during their training camp.  Tuesday, Newton spoke to the media about that fight, or “scuffle” as he called it, and he says, hey, it was just a result of practicing hard.

“You know, I see guys that are challenging each other, I see guys that’s getting better,” he said.  “You know we’re not just going through the motions at practice and Coach always says, make practice game-like.  You know, tempers are going to flare.  But you know, tempers aren’t going to flare when guys are just going through the motions, and that’s a good sign for us, I believe.”

So what do you think?  Can Cam Newton be a good leader?  The Edgitators battle it out…