Panthers’ Kelvin Benjamin Injured During Training Camp, Out For Season 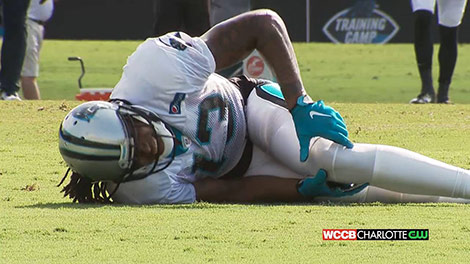 Sorry to inform I will be missing this Season due to ACL tear. I will keeppounding .and be the biggest fan this year. Bro @cameron1newton

Benjamin went down while running a route during training camp Wednesday morning.  He was carted off the field.  An MRI showed Benjamin tore his ACL and will undergo surgery.

It happened during a joint practice the team was having with the Miami Dolphins.