Live Breakdown of the Panthers Defense Against the Dolphins 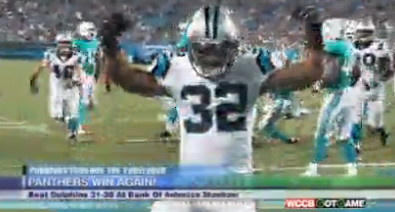 The Panthers first team defense gave up just one touchdown to the Dolphins, as Carolina ultimately won in its Preseason home debut 31-30.

The victory was overshadowed by another major injury sustained by the Panthers. Defensive end Frank Alexander tore his Achilles, and will miss the 2015 season.

Got Game’s Brandon Davidow and Jeff Zell were live at Bank of America Stadium breaking down the overall performance of the defense, as well as the season debut of rookie linebacker Shaq Thompson.

The Panthers next game is on Friday against the New England Patriots. Pregame coverage starts at 6:30pm on WCCB Charlotte, the official home of the Carolina Panthers.