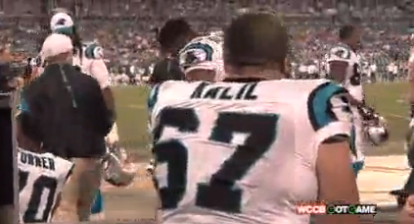 For the second straight preseason game, the Panthers first team offense found very little success. Cam Newton was held without a touchdown against the Dolphins, and threw an interception in the second quarter.

But is there reason to worry?

Got Game’s Brandon Davidow and Jeff Zell are live at Bank of America stadium, breaking down what happened on offense for the Panthers.

The Panthers next game is on Friday against the New England Patriots. Pregame coverage starts at 6:30pm on WCCB Charlotte, the official home of the Carolina Panthers.