The Watch with Will Kennedy: Auto Thefts Up in Charlotte 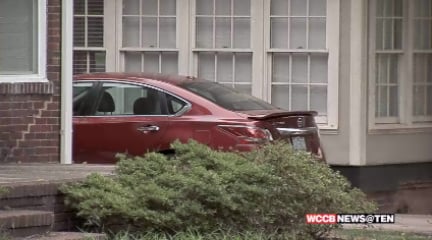 CHARLOTTE, NC — Charlotte is seeing a spike in auto thefts.

Criminals are waiting for their opportunity, waiting for you to lose focus, so they can strike. CMPD says a little common sense can go a long way in making sure you don’t become a victim.

CMPD sats show 996 vehicle thefts reported through June of this year, compared to 756 at the same point in 2014. That’s an increase of almost 32 percent.

Many of those stolen cars were left running with no one behind the wheel.

“In the past, we’ve seen the unattended vehicles getting stolen a lot during the winter time,” says CMPD Officer Chris Kopp. “Surprisingly, we’re seeing that spike a little bit early this year.”
It’s a crime that usually peaks in colder weather. And one that, in many cases, can be easily avoided by taking a few extra steps; remembering to turn it off and taking those keys with you.
CMPD calls this a crime of opportunity. Thieves driving through neighborhoods looking for cars parked on the street, or in the driveway, where maybe someone has started that car to warm it up. The criminal jumps in, and your car is gone.
“We’re talking apartment complexes, even in neighborhoods,” says Officer Kopp. “All it takes is you to start your car because you want to warm it up. Or let’s say you forgot something and had to run back into the house.”
Thieves are looking for an easy target. All it takes is a momentary lapse and you may never see your vehicle again.
Stolen cars are rarely recovered. Criminals will often take the vehicles out of state. Change the identification number. Then sell it to an auction. Or they’ll strip the vehicle for parts and sell the rest for scrap metal.
Any make and model can be a target. But thieves do play favorites.
“The Honda Accord and Honda Civic are really the top vehicles that are getting stolen,” says Officer Kopp.
Leaving a vehicle unattended and running is a non-moving traffic violation in North Carolina. It is classified as an infraction and punishable with a fine.