Kuechly Still Not At Panthers Practice 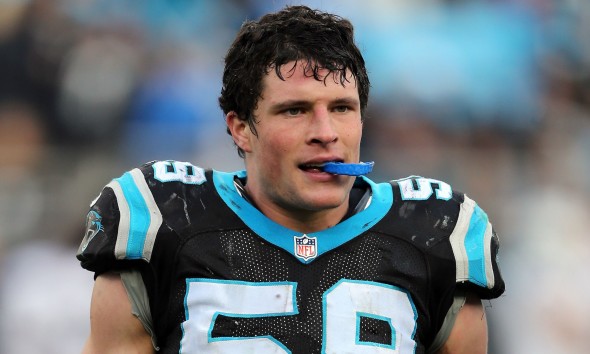 CHARLOTTE, N.C. — Rivera expressed optimism on Monday about the possibility of Kuechly returning this week, but it looks like that still hasn’t happened.

On Monday, Panthers coach Ron Rivera said that Kuechly was scheduled to see the independent neurologist the following day. According to reports, this is the final step in the protocol before a player can return to practice or a game.

Rivera was hopeful that the team would get good news Tuesday on Luke Kuechly’s condition.

However, Kuechly was not at practice on Wednesday, reports say.
Rivera reportedly said he’s not concerned Kuechly’s concussion might end his season. He stated, “If there had been something like that, that probably would’ve been out. We’re just going through the protocol and whatever happens with the protocol happens. It’s a process we have to follow.”
Kuechly is currently in his third week in the NFL’s concussion protocol.