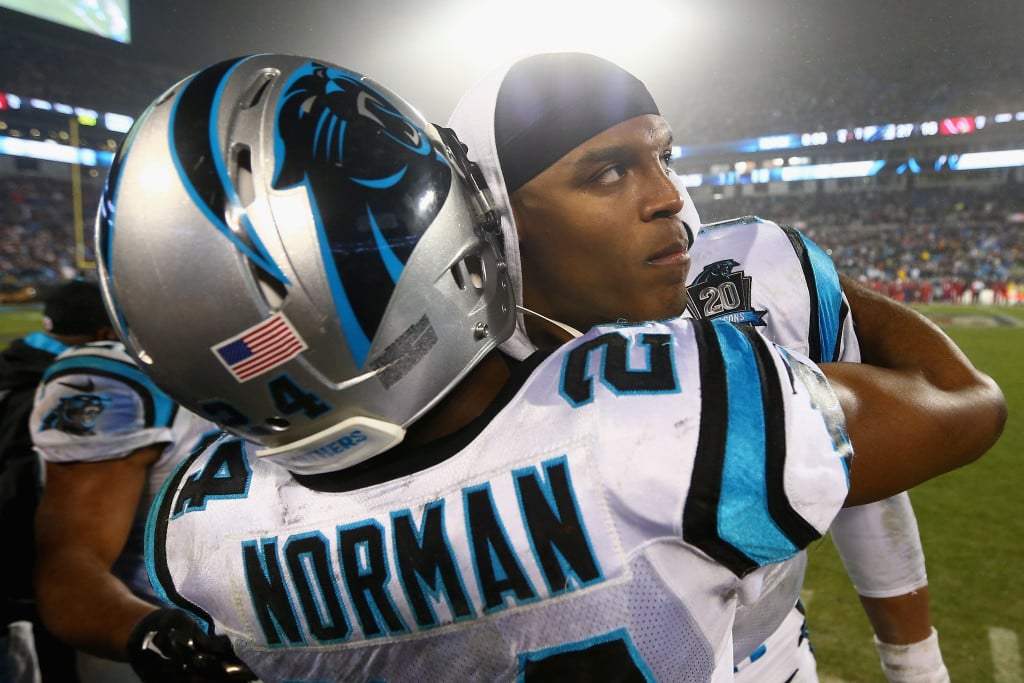 Norman’s interception in the closing minutes of the last week’s game against the New Orleans Saints helped seal the win for the Panthers.