Win Tickets To An Advanced Screening Of Bridge Of Spies! 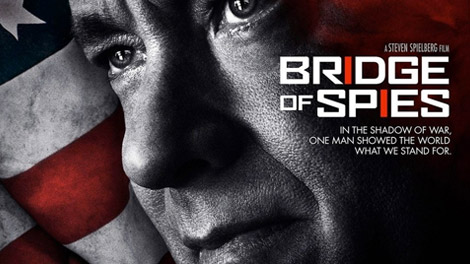 Join the WCCB Text Club by sending WCCBVIP to our new text club number 31403 by 12 noon, October 7th. Thirty winners will receive an admit-2 pass to Bridge of Spies on Tuesday, October 13 at 7:30pm at Regal Stonecrest!

HOW TO WIN: No purchase necessary. Viewers must join the WCCBVIP text club by noon on Wednesday, October 7, 2015 by texting WCCBVIP to 31403. Between 12pm and 2pm, the VIP text club will receive a code word to text back for a chance to win. Winners will be randomly selected at 5pm and sent a confirmation text detailing how to claim the prize. No prizes will be mailed. All prizes must be claimed at the station. No exceptions.

Deadline for entries is 5pm on October 7, 2015.
One entry per person; any duplicate entries will be disqualified.

ELIGIBILITY: No purchase necessary. To win, you must be 18 years or older and a legal resident of North or South Carolina. No employee of Allied, Dreamworks, Disney and their affiliated artists and promoters (“Sponsor”) or WCCB-TV (“Station”), their affiliated companies, his or her spouse, or immediate family members and/or those living in the same household of each shall be eligible to win.  Immediate family members include, but are not necessarily limited to, parents, brothers, sisters, nieces, nephews, aunts, uncles, cousins, and grandparents. Employees, or relatives of employees, of any television or radio station in the Charlotte Nielsen DMA or Charlotte Arbitron ADI are not eligible to win.  Additionally, Station reserves the right to disqualify any other person from participation in the Contest where such participation would, in the sole opinion of Station, compromise or give the appearance of compromising the integrity of the Contest.  No person shall be eligible to win any contest conducted by the Station more than one time in any sixty-day period.

4)  Winner will be notified by text no later than 6pm on October 7. Winners must claim prize by Monday, October 12th at 5pm.

Edge On The Clock: Wendy's Employee Fired After Bathing In Restaurant Sink