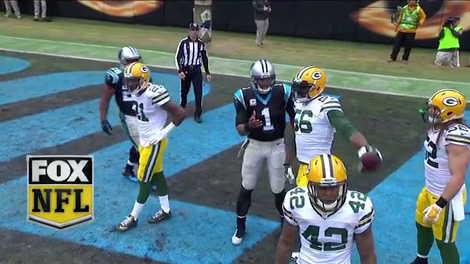 Newton has a tradition of giving the game ball to a lucky fan after each Panthers’ touchdown.

Peppers, who now plays for the Green Bay Packers, wouldn’t give Newton the ball after he scored in the first half.  Peppers then threw the ball towards the sideline.

Newton was eventually able to get the ball and give it to a fan.