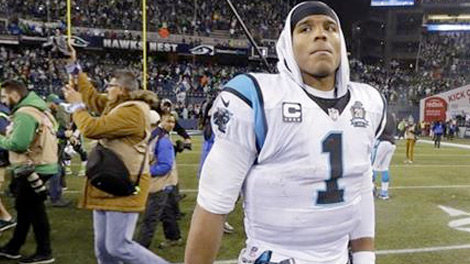 According to ESPN, he got the band at a Halloween block party he crashed to surprise 10-year-old Elijah Aschbrenner.

The band says, “Prayers for Elijah” and “Never give up.” Elijah passed away on Tuesday night of a rare form of cancer.

“Man, I didn’t even want to talk about it just out of respect to him, but, it’s crazy just to think back of a person who is so young but his heart was huge,” Newton told ESPN.

Newton said that Elijah wanting to meet him helped give purpose to what he does as an NFL player.

“Why am I playing this game?” he said. “Just to give hope to people like that.