The Military Appreciation jersey features a ghosted American flag design on the back, sleeves of white stars, and overall red color design in relation to the Independence’s staff initiative to wear red every Friday in support of the United States Military. Every player on the Independence roster will have their Military Appreciation Jersey up for bid beginning Wednesday, July 18thand the auction will close following the conclusion of the Saturday, July 28th game. 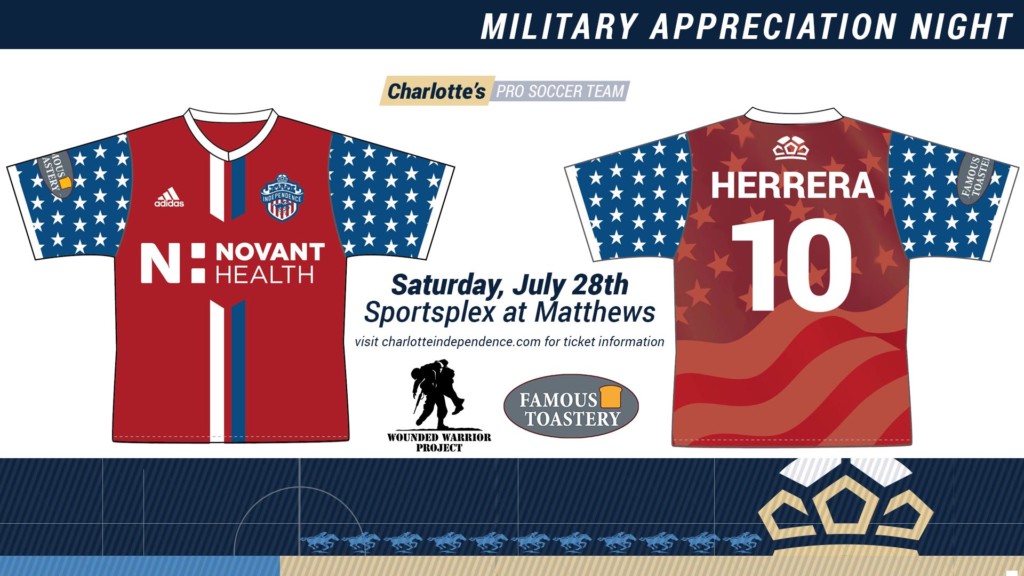 In appreciation of current and former Military members, the Independence are offering $6.00 off regular-priced tickets for former and current Military members. Tickets can be purchased using bit.ly/militarysoccer with promo code “MILITARY” or at the box office on gameday. Military Appreciation tickets must be presented with a Military ID at the gate.

The Independence will next be in action tonight as the team returns home to take on Nashville SC at the Sportsplex at Matthews. Kickoff is scheduled for 7:30 PM ET. For more information, please visit charlotteindependence.com or call 704-206-1515.