Man Arrested For Exercising Naked At Planet Fitness, Thought It Was A ‘Judgement-Free Zone’

PLAISTOW, N.H. — A Massachusetts man has been arrested for exercising in the nude at a Planet Fitness gym in New Hampshire Sunday afternoon.

Witnesses reported that Eric Stagno, 34, entered the gym clothed and proceeded to undress completely before beginning his workout, leaving his belongings at the front desk. 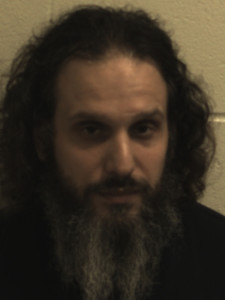 “The story we got from witnesses was that the guy walked in, stripped down right there in front, left the clothes and belongings at the front desk, walked back and forth across the gym a couple of times and then settled in over at the yoga mats,” said Plaistow Police captain Brett Morgan.

When police arrived, they apparently found Stagno naked and in a yoga position. Stagno complied with police and was arrested without incident. His only comment referenced the Planet Fitness slogan, claiming he thought the gym was supposed to be a “Judgement-Free Zone.”

The gym intends this slogan to mean that anyone can workout, regardless of their level of fitness or athletic ability.

Stagno did not seem to be aware that he was making other gym-goers uncomfortable by his behavior.

At the time of his arrest, police also found that Stagno had drug paraphernalia in his possession, but it was unclear whether Stagno was under the influence of drugs during the incident.

Police charged Stagno with indecent exposure, lewdness and disorderly conduct upon arrest and has since been released on $1000 bail. He is expected to appear in Plaistow District Court September 21st.