Highway miles vs city miles: which should you worry about? 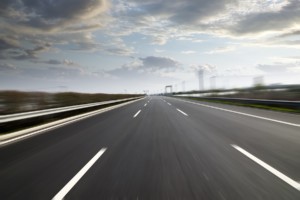 When it comes down to mileage, do you know the difference between city miles and highway miles and how they each affect your car? As a used car shopper, you should. Most drivers just worry about the overall number of miles on the car and go from there – as long as the number isn’t too high, they assume they’re good to go. And that can be the case, but it’s also helpful to know which TYPE of miles were accumulated on the vehicle so you can get a better idea of wear and tear! Toyota of N Charlotte is here to explain the difference so you can shop with confidence.

Let’s talk about city miles first. City miles are those accumulated in the city and suburbs and believe it or not, they’re the worst of the two types of mileage. Most people assume highway miles are worse, but they’re wrong. City miles include a lot of stop-and-go driving. This has negative effects on the transmission, brakes, and engine over time. You’ll also find that all the stop-and-go with traffic lights and stop signs takes a toll on your fuel efficiency. City driving also means you’re in close quarters with other cars, often bumper to bumper. This ups your chances of getting into an accident and damaging your N Charlotte Toyota. Finally, you’ll find that when driving in the city you’re a lot more likely to hit pot holes and rough road due to construction – this can take a toll on your car’s suspension.

What about highway miles, though? They have to be rough on your car because you’re moving at high speeds and traveling longer distances, right? Actually, not really! Highway miles aren’t as tough on your car as you may think. When you’re on the highway you’re more likely to be traveling at a constant speed. This boosts your fuel efficiency higher (especially if you use cruise control) and also gives your engine, brakes, and transmission a break. Not to mention, you’re a lot less likely to encounter potholes or road construction when you’re driving on the highways. And you’re also less likely to be in close quarters with other cars for long periods of time (unless there’s really bad traffic) so your chances of a fender bender aren’t as bad.

So, which would you prefer on your car – city or highway miles? Now you know to ask the seller. What did their day-to-day commute look like? What type of miles were traveled most? And you can also ask for car maintenance records to ensure that if the car did face a lot of wear and tear on a daily basis, it was routinely cared for.

Shop used cars today – call Toyota of N Charlotte to set up an appointment! We’re open seven days a week at (704) 875-9199 and we’re ready to get you behind the wheel for a test drive. 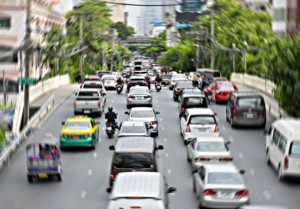 8PM: Charmed "The Enemy of My Frenemy"

9PM: Dynasty "Is the Next Surgery on the House?"

Viral Videos: Family Keeps Mother's Spirits Up and Huskies Make a Run For It