Father Of Maddox Ritch Says He Just Wants His Son Back

GASTONIA, NC — The father of missing 6-year-old Maddox Ritch spoke during a news conference Wednesday afternoon about his son’s disappearance, and says the worry is torture.

Ian Ritch thanked everyone involved with the search for his son Maddox while urging people who were at the park Saturday to call the tip line, no matter how small the information.

Saturday was their first trip to Rankin Lake Park, according to Ritch, but says they enjoy visiting different parks throughout the area. He described Maddox as a child who loves the outdoors, running and playing.

He says Maddox took off running Saturday when a jogger passed them. After getting a couple dozen feet ahead, Ritch says Maddox began sprinting away.

“He usually runs, but he’ll slow down or stop and give me a chance to pick him up,” says Ritch. This time however, Ritch says he could not catch up to him due to complications from diabetes and foot neuropathy.

Ritch was with a friend when Maddox disappeared, and says they helped search the area along with other officials at the park. When asked about how long it took to call 911, Ritch said he felt like he and the park staff could find Maddox in that time period.

“But then it got scary,” says Ritch. “I’m worried. I thought after the first night, he would be found.” 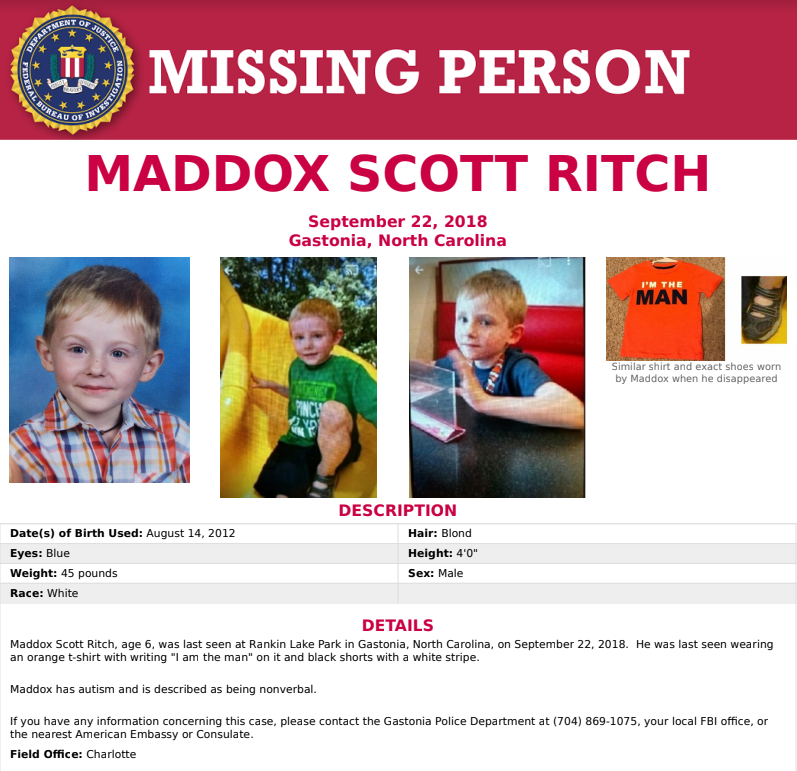 Previous coverage of the Maddox Ritch disappearance can be found using the links below: