Join the WCCB Text Club by sending WCCBVIP to 31403 by 2pm Tuesday, October 9th for your chance to win a copy of HBO’s “Barry.” Four winners will each receive “‘Barry” on DVD. “Barry” is available to buy on DVD and Blu-ray now!

Barry (Hader) is a depressed hitman from the Midwest, and while on a job in Los Angeles, he follows his mark into an acting class and has a career epiphany when he discovers the intoxicating world of theater acting. Instantly drawn to the class and students, Barry is eager to leave his lonely, cold-hearted job behind, but as he attempts to start a new life in LA, his criminal ties won’t let him walk away, forcing him to find a balance between both worlds. 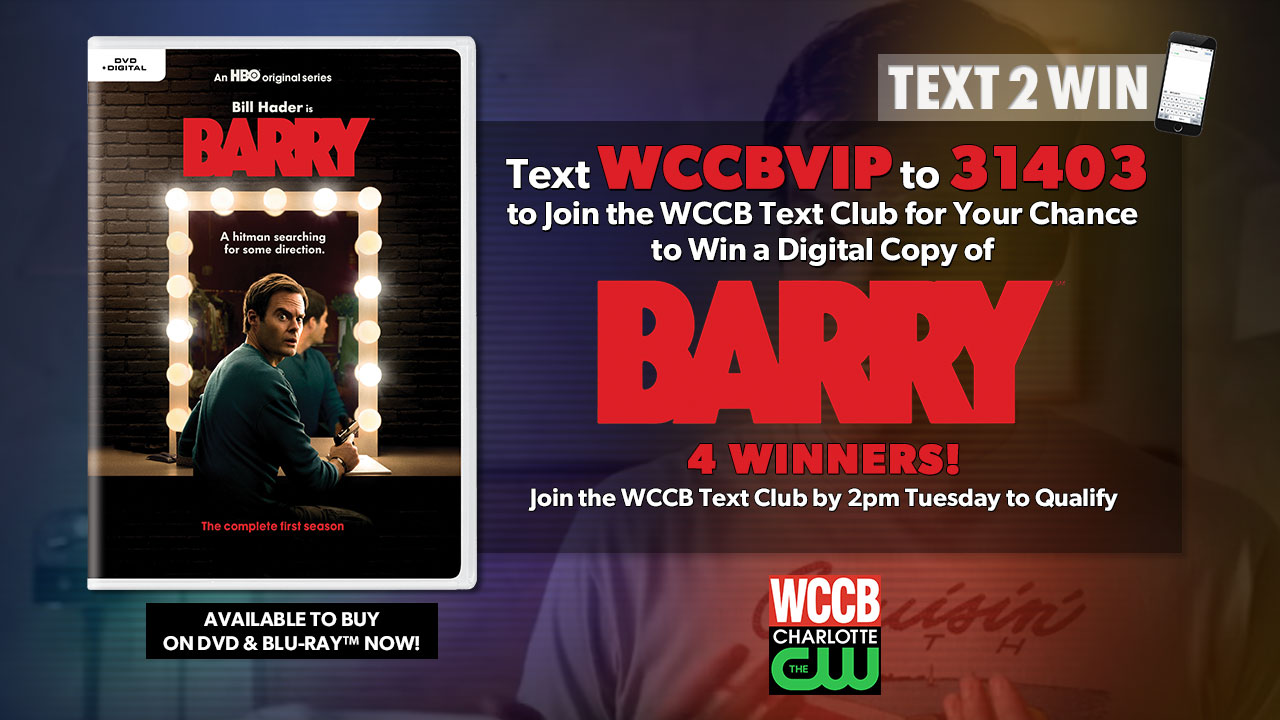 HOW TO WIN: No purchase necessary. Viewers must join the WCCB Text Club by 2pm Tuesday, October 9th, 2018 by texting WCCBVIP to 31403. Between 2pm and 3pm the same day, the VIP text club will receive a code word to text back for a chance to win. Winners will be randomly selected at 5pm and sent a confirmation text detailing how to claim the prize. No prizes will be mailed.

ELIGIBILITY: No purchase necessary. To win, you must be 18 years or older and a legal resident of North or South Carolina. No employee of HBO Home Entertainment and their affiliated artists and promoters (“Sponsor”) or WCCB-TV (“Station”), their affiliated companies, his or her spouse, or immediate family members and/or those living in the same household of each shall be eligible to win. Immediate family members include, but are not necessarily limited to, parents, brothers, sisters, nieces, nephews, aunts, uncles, cousins, and grandparents. Employees, or relatives of employees, of any television or radio station in the Charlotte Nielsen DMA or Charlotte Arbitron ADI are not eligible to win. Additionally, Station reserves the right to disqualify any other person from participation in the Contest where such participation would, in the sole opinion of Station, compromise or give the appearance of compromising the integrity of the Contest. No person shall be eligible to win any contest conducted by the Station more than one time in any sixty-day period.