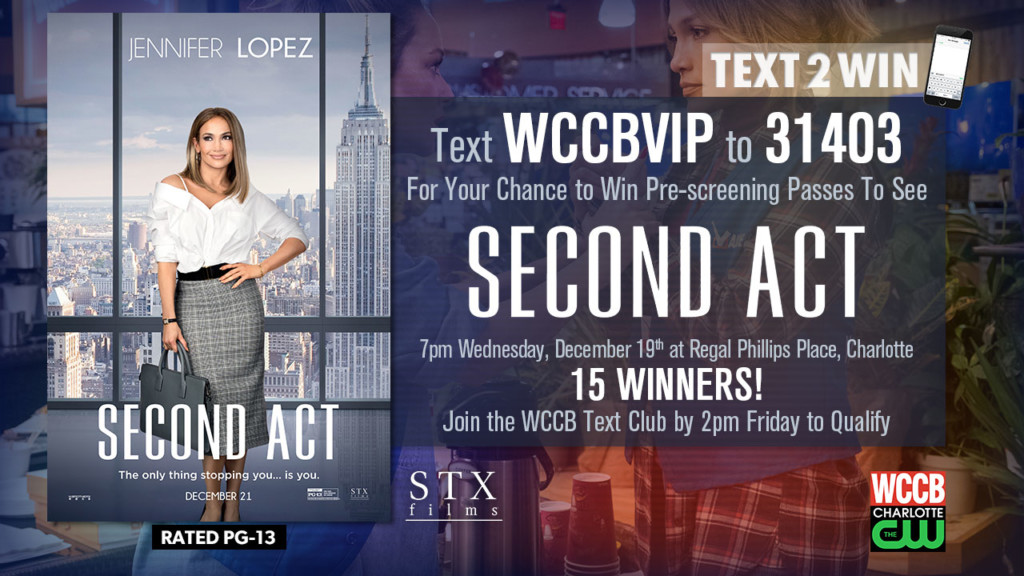 SECOND ACT is an inspirational comedy starring Jennifer Lopez as Maya, a 40-year-old woman struggling with frustrations of not having achieved more in life. As an experienced, quick-witted, perceptive employee, she is passed over for a promotion solely because she doesn’t have a college degree. Until that is, she gets the chance to prove that street smarts are as valuable as book smarts and that it is never too late for a Second Act. 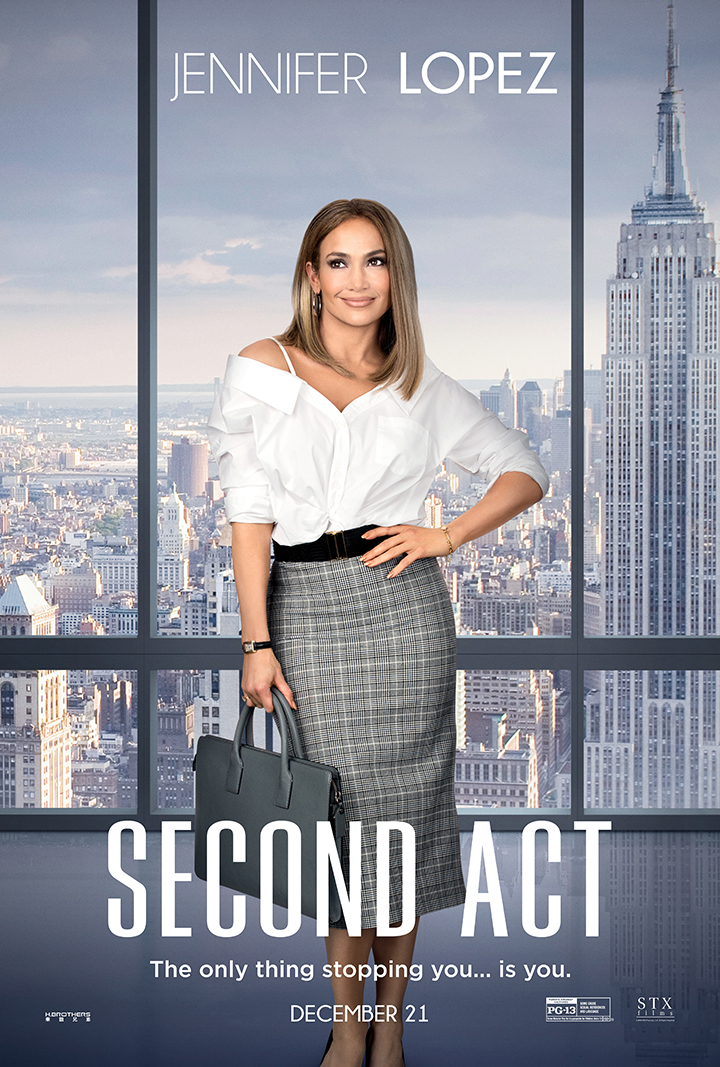 HOW TO WIN: No purchase necessary. Viewers must join the WCCBVIP text club by 2pm on Friday, December 14th, 2018 by texting WCCBVIP to 31403. Between 2pm & 3pm the same day, the VIP text club will receive a code word to text back for a chance to win. Winners will be randomly selected at 5pm and sent a confirmation text detailing how to claim the prize. No prizes will be mailed. Do not come to the station unless instructed to do so.

Deadline to join the WCCB Text Club to qualify for this contest is 2pm on Friday, December 14th, 2018.
Deadline for entries is 5pm Friday, December 14th, 2018.
One entry per person; any duplicate entries will be disqualified.
A pass to the pre-screening does not guarantee entry. Seats are filled on a first-come, first-served basis. Mobile phones may not be permitted into the pre-screening. Passes are non-transferable.

ELIGIBILITY: No purchase necessary. To win, you must be 18 years or older and a legal resident of North or South Carolina. No employee of STX Films, Allied Global Marketing and their affiliated artists and promoters (“Sponsor”) or WCCB-TV (“Station”), their affiliated companies, his or her spouse, or immediate family members and/or those living in the same household of each shall be eligible to win. Immediate family members include, but are not necessarily limited to, parents, brothers, sisters, nieces, nephews, aunts, uncles, cousins, and grandparents. Employees, or relatives of employees, of any television or radio station in the Charlotte Nielsen DMA or Charlotte Arbitron ADI are not eligible to win. Additionally, Station reserves the right to disqualify any other person from participation in the Contest where such participation would, in the sole opinion of Station, compromise or give the appearance of compromising the integrity of the Contest. No person shall be eligible to win any contest conducted by the Station more than one time in any sixty-day period.

6) Winners will be notified by text no later than 6pm on Friday, December 14th, 2018.
Winners must claim prize during business hours by 12pm Wednesday, December 19th. No prizes will be mailed. Do not come to the station unless instructed to do so.