US Aviation System Is Starting To Show Strains From Shutdown

The partial government shutdown is starting to strain the national aviation system, with unpaid security screeners staying home, air-traffic controllers suing the government and safety inspectors off the job. 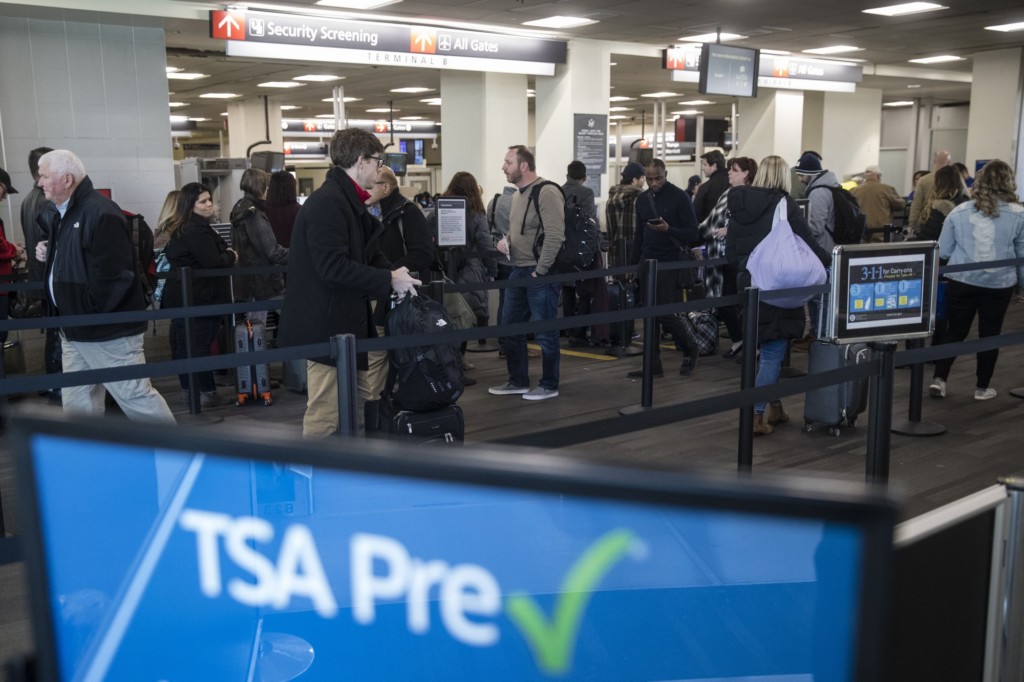 Miami International Airport is providing the most visible evidence yet that the shutdown is at least making air travel less convenient.

Facing double the usual number of absences among unpaid TSA screeners, the Miami airport will close one of its concourses most of Saturday, Sunday and Monday to make sure TSA can adequately staff the remaining security checkpoints.

Meanwhile, the national union representing air traffic controllers — who are also working without pay during the shutdown, entering its 22nd day Saturday — sued the government, claiming they are illegally being denied pay.

And aviation-safety inspectors are still off the job, deemed not to be essential enough to keep working during the shutdown.

Here is a roundup of recent developments in the partial government shutdown’s impact on air travel.

The Transportation Security Administration said that 5.1 percent of screeners were absent on Thursday, up from 3.3 percent on the same date last year. The TSA has 51,000 transportation-security officers, who have continued to work because they are deemed essential employees.

Screeners represent just 6 percent of government workers who didn’t get paychecks Friday because of the shutdown. Airline-industry officials worry that they are particularly likely to stop showing up because their relatively low pay means they could quickly struggle to pay bills without money coming in.

The agency has very few tools to deal with a severe shortage. It has a team of non-essential employees who are trained to screen air travelers, but that is only a stopgap designed to cover for shortages at one or two airports during a natural disaster.

January is a relatively light travel period, but industry officials worry what will happen if the shutdown lingers and more TSA employees leave for jobs that include a paycheck.

“TSA only has what it has,” said Christopher Bidwell, the vice president for security at the trade group Airports Council International-North America, “and although they have advised us that they are continuing to hire and train, we are very concerned about a prolonged government shutdown.”

Miami International, the nation’s 25th-busiest airport, plans to close off Concourse G at 1 p.m. for the next three days and shift a dozen flights a day to other terminals.

“Our wait times have been normal and operations have been smooth so far, but the partial closure is being done in an abundance of caution,” airport spokesman Greg Chin said Friday.

Other major airports surveyed by The Associated Press said they had no immediate plans to close terminals or take other drastic measures.

About 10,000 air traffic controllers under the Federal Aviation Administration continue to work without pay. On Friday, their union, the National Air Traffic Controllers Association, filed a lawsuit in federal court in Washington and asked for an order that its members get paid.

Union President Paul Rinaldi said there is already a shortage of controllers, and if current controllers decide to retire — about 1,900 are eligible — the government could be forced to restrict air traffic, creating flight delays. There is no indication that is happening yet.

About 3,300 aviation safety inspectors under the FAA are not working — since 2013, they have not been considered essential employees who must stay on the job during government shutdowns. They oversee and certify inspections done by employees of airlines and aircraft-repair shops.

“Our inspectors are the oversight, they are the regulatory side of the house for the FAA,” said Mike Perrone, president of the Professional Aviation Safety Specialists union. Their work is not getting done, he said.

An FAA spokesman said earlier this week that the agency is recalling inspectors and focusing resources on overseeing airline operations. He declined to say how many inspectors are working, but union officials believe it’s about 100.

“A hundred out of 3,300 is probably not real good odds,” said Stephen Carl, an FAA inspector in Florida. “Please put us back on the job right now. Aviation is not being overseen.”

Carl said ongoing investigations have been put on hold by the shutdown.

Jeffrey Price, an aviation-security consultant and a professor at Metropolitan State University of Denver, expects more TSA agents will fail to show up, creating longer lines and creating a potential target for terrorists at airports.

“As the lines slow down and the crowds grow larger, it puts more and more passengers at risk from an attack,” Price said. He added, “The screeners who do come to work will be forced to make up the slack, which erodes their effectiveness even more.”

TSA officials said despite fewer numbers, screeners aren’t getting lax about their work.

“Security standards have NOT and will NOT be compromised,” tweeted TSA spokesman Michael Bilello.

Longer lines would alienate travelers and could push more airports to replace government employees with privately contracted screening agents. Airports in San Francisco and Kansas City already do that, with approval from the Transportation Department.

In 2016 — when TSA was understaffed at many airports, creating lines long enough to make many travelers miss their flights — other airports explored hiring contractors. Most dropped the idea after TSA’s performance improved.

Some airports are trying to help the unpaid federal employees.

Tampa International Airport is working with different agencies to set up a food pantry, get bus passes and work with utilities to help hundreds of federal employees who may be struggling to pay bills.

Pittsburgh International Airport delivered lunches to TSA workers and air traffic controllers on Friday and plans to do it every Friday until the shutdown ends.