WILKESBORO, N.C. – MerleFest, presented by Window World, is proud to announce new artist additions for MerleFest 2019: The Avett Brothers, Molly Tuttle, and Sean McConnell. The annual homecoming of musicians and music fans returns to the campus of Wilkes Community College in Wilkesboro, North Carolina, in the foothills of the Blue Ridge Mountains, April 25-28. MerleFest is pleased to welcome these three distinguished artists to the 2019 lineup:

The Avett Brothers: The Avett Brothers first made mainstream waves with their 2009 major label debut, I and Love and You, landing at #16 on the Billboard Top 200 and garnering critical acclaim from Rolling Stone, Paste, New York Times, Los Angeles Times, and Time. In 2012, The Carpenter hit #4 on the Billboard Top 200, while People, USA Today, and American Songwriter lauded the album, the band appearing on Jimmy Kimmel LIVE! twice in a few months’ time. The eighth studio album, Magpie and the Dandelion, debuted at #5 on the Billboard Top 200 and the band performed on The Tonight Show with Jay Leno, The Late Show with David Letterman, and accompanied Chris Cornell for a Pearl Jam tribute on Late Night with Jimmy Fallon. 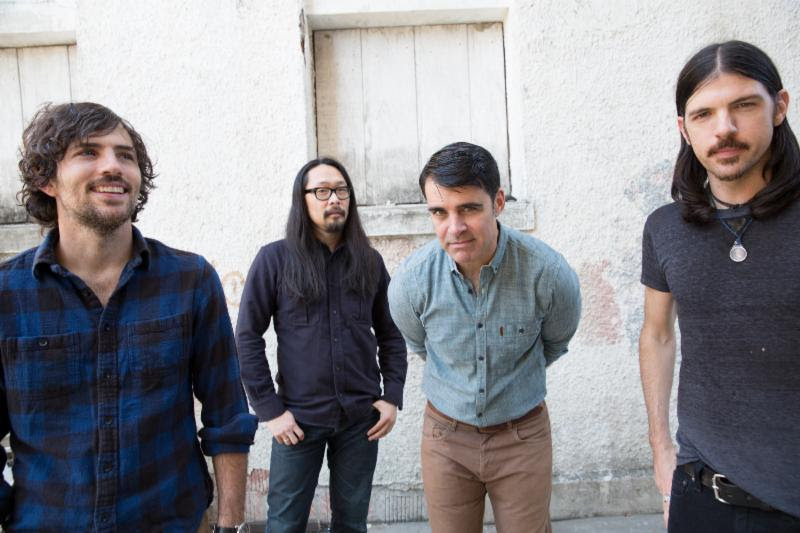 True Sadness, the record that followed, achieved The Avett Brothers’ highest career debut to date and dominated multiple charts. The Rick Rubin produced album hit #1 on Billboard’s Top Albums Chart, #1 Top Rock Albums Chart, #1 Digital Albums Chart, #3 on the Billboard Top 200 and scored two GRAMMY nominations. The Avett Brothers were inducted into the North Carolina Music Hall of Fame in 2016. 2018 brought the HBO premiere of “May It Last: A Portrait of the Avett Brothers,” a documentary co-directed by Judd Apatow and Michael Bonfiglio. Days after this debut, True Sadness launched to #3 on the iTunes Album Chart and #1 on the Rock Albums chart. In October of ‘18, The Avett Brothers debuted a new song, “Roses and Sacrifice,” live on Late Night with Seth Meyers and then released the track officially in November ‘18, Rolling Stone calling it a “joyous sing-along.” Also, in November of last year, the band headlined the Concert for Hurricane Florence Relief in Greenville, North Carolina, raising $325,000 to help those affected by Hurricane Florence. The Avett Brothers continue to be revered as one of the top folk-rock acts in the country and will perform on Sunday at MerleFest.

Molly Tuttle: Molly Tuttle speaks softly. Her voice is both lilting and lucid, and when she says that she wants to create music that is truly original and unmistakably hers, her quietness shifts into a steely audacity that’s charming and almost funny––she’s only 25 after all. But then you remember her songs and her playing. And it hits you: brash beautiful originality is exactly what Molly is doing. The 2017 release of her debut EP Rise further introduced Molly to a roots music audience who had already enthusiastically embraced and elevated her. Her 2017 and 2018 wins for IBMA Guitar Player of the Year were history-making as the first woman to be nominated for the honor. The accolades kept coming in 2018 when Folk Alliance International’s International Folk Music Awards awarded her Song of the Year for her song “You Didn’t Call My Name,” and she was named Instrumentalist of the Year by the Americana Music Association. With all of this recognition, it might be easy to forget that Tuttle has yet to release a full-length album. Her eagerly-anticipated debut album is scheduled to be released in early 2019 on Compass Records. Molly Tuttle will make her MerleFest debut on Saturday afternoon. 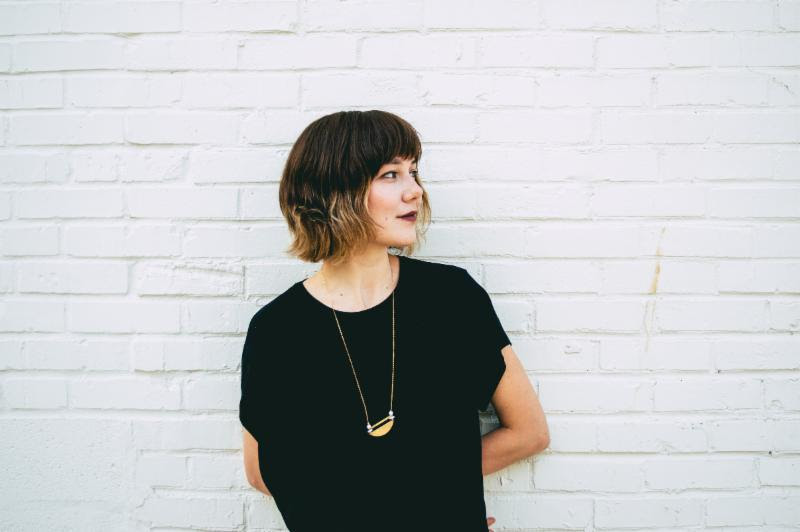 Sean McConnell: “I think embracing the blurry lines is a sign of getting older and just having more life experience,” Sean McConnell says. “It can be healthy to break your own boxes.” Sean is home in Nashville, reflecting on the path he’s taken to recording Secondhand Smoke, his 13th album. A cohesive collection of modern folk music, Secondhand Smoke asks provocative questions about how we become who we are, what and whom we love, and the growth, pain, and freedom that come with accepting that some answers might elude us forever.

Tim McGraw, Martina McBride, Brad Paisley, Brothers Osborne, and more have all recorded his songs. Sean earned his first Number 1 single on the country charts in 2018 with Brett Young’s delivery of “Mercy,” which the two co-wrote. As a performer, he packs listening rooms and quiets unruly bar crowds. His sound––a warm tenor painting vivid stories over acoustic guitar often cushioned by keys or other strings––has prompted a diverse range of music scenes from the storied Boston folk community to Texas’s defiantly self-sovereign camp to warmly claim Sean as one of their own. “My payoff is just making the music,” Sean says, then smiles. “Everything else is bonus.” Sean McConnell performs on Friday at MerleFest.

“We are extremely excited to be adding these artists to an already stellar lineup for 2019. They represent the diverse talent that MerleFest is famous for,” says Ted Hagaman, Festival Director. The three artists announced today join over 75 artists initially announced in November via Rolling Stone Country and the second wave of artists announced last month. Headliners include Wynonna & The Big Noise, Keb’ Mo’, The Earls of Leicester, Sam Bush, Tyler Childers, Brandi Carlile, and Peter Rowan and The Free Mexican Air Force with Los Texmaniacs. The Late Night Jam presented by The Bluegrass Situation will be hosted by Chatham County Line. In addition to the above mentioned artists, the following will be performing at MerleFest ‘19:

Additional performers for MerleFest 2019 will be announced in the coming months. The lineup and performance schedule are accessible via MerleFest.org/lineup.

Applications for the Chris Austin Songwriting Contest are now open with entries accepted through Feb. 1. Named after the one-time sidekick of Ricky Skaggs, the contest remembers Chris Austin, a renowned singer and instrumentalist. After Austin lost his life in a tragic plane crash, individuals close to him created CASC to help keep our memory of him and his music alive. An esteemed contest for aspiring songwriters, CASC is credited for helping up-and-coming talent gain exposure. Applicants will have their songs heard by some of Nashville’s most prominent music industry professionals, including host Jim Lauderdale. Categories for consideration include bluegrass, general, gospel, and country. The winners will perform at a showcase during MerleFest on Friday, and first place winners receive $600 in cash and performance slots during the festival. Net proceeds from the Chris Austin Songwriting Contest help support the WCC Chris Austin Memorial Scholarship which has, since its inception, helped 84 students and awarded over $34,600. For more information, please click here.

Tickets for next year’s festival, as well as the Late Night Jam presented by The Bluegrass Situation, may be purchased at www.MerleFest.org or by calling 1-800-343-7857. MerleFest offers a three-tiered pricing structure and encourages fans to take advantage of the extended early bird discount. Early Bird Tier 1 tickets may be purchased until February 17, 2019 and Early Bird Tier 2 tickets will be available February 18 to April 24. Remaining tickets will be sold at the gate during the festival.

MerleFest was founded in 1988 in memory of the son of the late American music legend Doc Watson, renowned guitarist Eddy Merle Watson. MerleFest is a celebration of “traditional plus” music, a unique mix of traditional, roots-oriented sounds of the Appalachian region, including old-time, classic country, bluegrass, folk and gospel and blues, and expanded to include Americana, classic rock and many other styles. The festival hosts a diverse mix of artists on its 13 stages during the course of the four-day event. MerleFest has become the primary fundraiser for the WCC Foundation, funding scholarships, capital projects and other educational needs.

Window World®, headquartered in North Wilkesboro, N.C., is America’s largest replacement window and exterior remodeling company, with more than 200 locally owned offices nationwide. Founded in 1995, the company sells and installs windows, siding, doors and other exterior products, with over 15 million windows sold to date. Window World is an ENERGY STAR® partner and its windows, vinyl siding and Therma-Tru doors have all earned the Good Housekeeping Seal. Through its charitable foundation, Window World Cares®, the Window World family provides funding for St. Jude Children’s Research Hospital®, which honored the foundation with its Organizational Support Award in 2017. Since its inception in 2008, the foundation has raised over $8 million for St. Jude. Window World also supports the Veterans Airlift Command, a nonprofit organization that facilitates free air transportation to wounded veterans and their families. Window World has flown over 100 missions and surpassed $1 million in flights and in-kind donations since it began its partnership with the VAC in 2008. For more information, visit www.WindowWorld.com or call 1-800 NEXTWINDOW. For home improvement and energy efficiency tips, décor ideas and more, follow Window World on Facebook and Twitter.

Edge On The Clock: Some Netflix Users OK With Paying More For Subscription