BURKE COUNTY, N.C. — Deputies say the body of a 32-year-old man who went missing last Thursday in Burke County has been recovered.

Melissa Prather, the sister of the missing man, Douglas Allen Cox, filed a missing person report with the Burke County Sheriff’s Office saying that she and her family had not heard from Cox since Monday, Jan. 21. 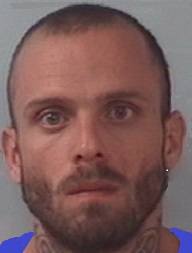 Deputies learned that Cox was in a vehicle chase with the McDowell County Sheriff’s Office, which ended at Powerhouse Road and Conley Bumgarner Road. Cox then jumped from the car and ran toward the Catawba River.

Several other agencies got involved and a search began. Later, authorities located Cox’s body on Saturday, Jan. 26 around 2 p.m. in the river approximately 75 yards below the area he was believed to have entered the river.

An autopsy revealed that Cox died of accidental drowning due to hypothermia caused by the water temperatures and cold temperatures outside.