ROCK HILL, SC — A man is facing several charges after police say he knocked a 72-year-old man to the ground, took his gun and fired several shots before taking off. 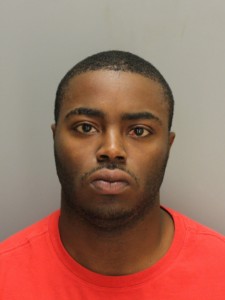 The incident happened around 3pm on Sunday in the area of Eastwood Drive at Willowbrook Avenue. Police say the 72-year-old victim was at home working on his vehicle when he noticed Maurice Hunt getting violent towards neighbors.

The victim, who has a concealed carry permit, retrieved a gun from his vehicle and tried to intervene, police say. Hunt then reportedly struck the victim in the back of the head, knocking him down, and took his gun.

Police say Hunt then fired several rounds at the victim before getting in a vehicle and leaving the scene. The victim was not hit by any of the shots.

Hunt was spotted a short time later, according to reports, walking along Coronet Court at S. Heckle Boulevard and attempted to run from police. He was taken into custody after a brief foot chase.

Hunt, 19, is charged with Attempted Murder, Armed Robbery with a Deadly Weapon, Possession of a Gun During a Violent Crime and Unlawful Carrying a Handgun.