LINCOLNTON, N.C. – A 33-year-old, Lincoln County man who was reported missing on Monday is now listed as wanted.

Deputies were told that Justin Wayne Anthony ran from a home on J. Rhyne Reep Road when he learned that Lincoln County EMS was coming to check him out because of a fall. Deputies checked the area but could not locate Anthony.

On Tuesday, deputies received a report that Anthony had been seen at a local retail store. Detectives then viewed the business’ security video and confirmed that the person was Anthony.

After further investigation, deputies spoke with Anthony’s girlfriend who admitted Anthony ran from the residence when EMS was called because of outstanding orders for arrest on failing to appear in court on a driving while license revoked charge.

Anthony has been cleared as a missing person and is now considered a wanted person. Additional charges are possible in this case.

Anyone with information on Anthony’s whereabouts is asked to contact the Lincoln County Sheriff’s Office at 704-732-9050 or Lincoln County Communications Center at 704-735-8202.

VALE, NC — A 33-year-old man is missing in Lincoln County, and Sheriff’s Deputies need your help finding him. 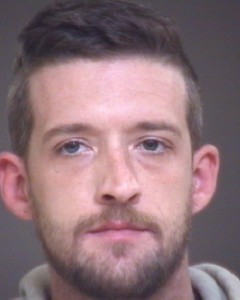 Justin Anthony was last seen around 11pm Sunday. Deputies say Lincoln County EMS was called to check on him in the area of J. Rhyne Reep Road due to a reported fall, but Anthony ran away when they arrived.

Deputies say they have been unable to locate Anthony since last night, despite several area searches.

Anthony’s last know address was on Calvary Church Road in Lincolnton. He is described as a white male, 5 feet 7 inches tall, 145 pounds, with brown hair and blue eyes.

Anyone with information on his whereabouts is asked to call the Lincoln County Sheriff’s Office at 704-732-9050.