MATTHEWS, N.C. — Police are searching for a suspect who they say broke into a man’s car and stole his credit cards in Matthews.

Officers with the Matthews Police Department say were called around 7:30 a.m. on Tuesday to the Windsor Square Shopping Center located at 9915 E. Independence Blvd where a male victim told officers his car had been broken into and the lock had been damaged.

The man said his wallet, which had his ID and credit cards inside, was also stolen from the car.

On Thursday, Feb. 7 around 7 p.m. the pictured suspect below used the victim’s stolen credit card to make a fraudulent purchase at the Walmart located at 1830 Galleria Blvd. 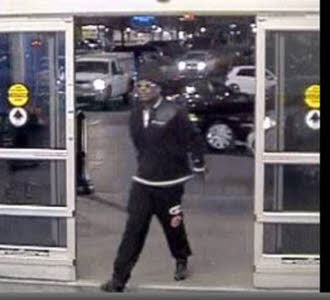 Anyone with information on the suspect or his identity is asked to call Detective Chris Duryee 704-841-6715.