CHARLOTTE, N.C. — A third child has died in the house fire in east Charlotte that killed a mother and her two kids last month, according to Charlotte Fire officials.

The Mecklenburg County Medical Examiner’s Office says 4-month-old Axel Camilo Mendez Sanchaz passed away after he spent over a month in the hospital in critical condition.

A memorial was held for Ana Sanchez and her children, 9-year-old Leonel Sanchez and 2-year-old Aranza Sanchez.

The fire, caused by an unattended candle, burned down the family’s home on Academy Street on Jan. 2.

CHARLOTTE, N.C. — A mother and her two kids who were killed in a house fire in east Charlotte last week will be remembered this Wednesday and Thursday.

A family friend told WCCB a memorial for Ana Sanchez and her two kids, 9-year-old Leonel Sanchez and 2-year-old Aranza Sanchez, will take place at Guadalupana Church on Tuckaseegee Road.

Ana’s 4-month-old baby is still in the hospital in critical condition.

Family members are working to raise money to bring the two children and their mother back to Guatemala for burial.

911 calls have been released from an east Charlotte house fire that killed two children and seriously injured five other people.

An 8-year-old and a 2-year-old both died from injuries they sustained in the fire.  Three other children and two adults were also seriously injured in the blaze.

The 8-year-old boy who died was a third grade student at Briarwood Elementary School. Counselors will be at the school today to help classmates deal with their grief.

There are also reports surfacing that the mother, Ana Sanchez, has passed away. People are offering condolences and donations through the a Go Fund Me page that has been set up for the family.

School leaders have spent time with family members in Winston Salem where some of the victims are being treated.

Read below for more details.

CHARLOTTE, N.C. — Officials have released the 911 call from the east Charlotte house fire Wednesday morning that left one child dead and several adults and children injured.

Police say an 8-year-old boy died during the house fire that started just after midnight on Academy Street near The Plaza Road.

According to investigators with the Charlotte Fire Department, the fire was started by an unattended candle and was accidental in nature.

TRAGIC: A child has died after a house fire on Academy Street this morning. @CharlotteFD says the fire was an accident, related to an unattended candle. 7 people were also critically injured. 5 of them were children. @WCCBCharlotte pic.twitter.com/xeObEeRPEp

Five children and two adults were taken to local hospitals with serious injuries.  Three people were able to escape the fire with no injuries. 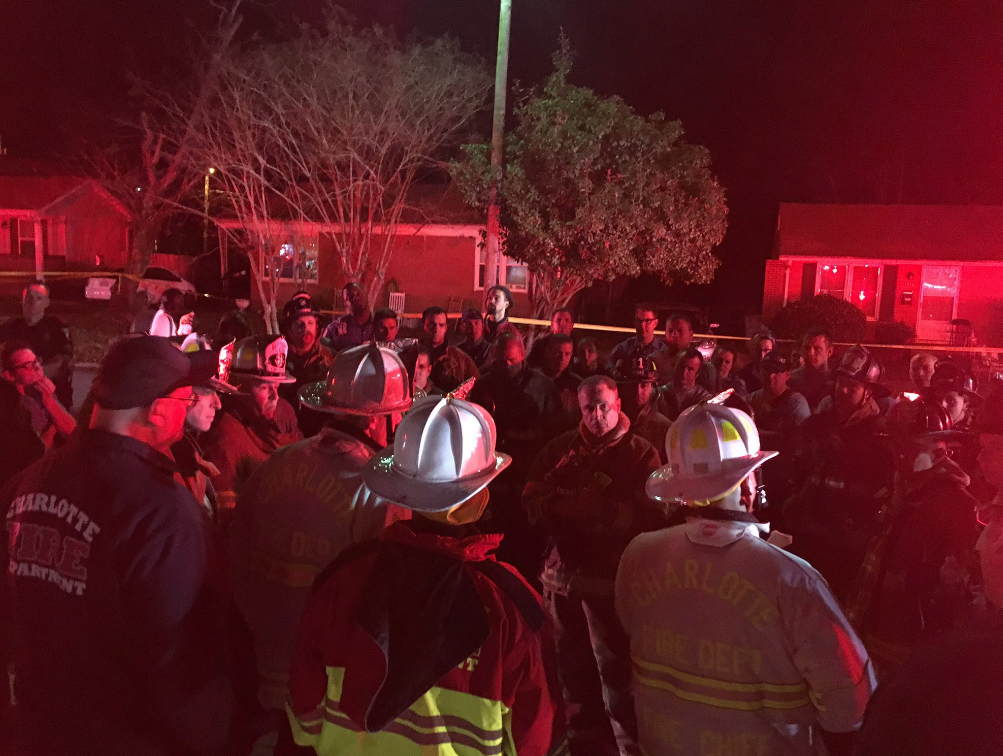