IRON STATION, NC — The Lincoln County Sheriff’s Office has charged a man accused of shooting into a vehicle late Saturday night and leaving one person injured. 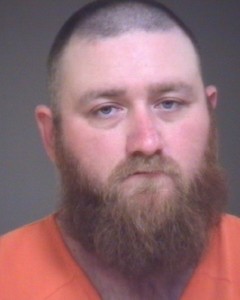 Deputies say Jonathan Blanton, 33, fired shots into a moving vehicle outside his home on Bluegrass Lane. One of the shots reportedly went through the back glass and hit the driver, later identified as Bobby Holmes, of Asheville.

Holmes was reportedly located in a church parking lot on East NC Highway 27 and taken to CaroMont Regional Medical Center in Gastonia for treatment. He is listed in stable condition.

Deputies have not said what led to the shooting.

Blanton is charged with one felony count each of assault with a deadly weapon with intent to kill and inflicting serious injury and discharging a weapon into an occupied moving vehicle.