Man Accused Of Statutory Rape In Iredell County Arrested At US, Mexico Border

IREDELL COUNTY, NC — Iredell County Sheriff’s deputies say a man accused of sexually assaulting a 14-year-old girl in 2018 was arrested in January while trying to re-enter the United States from Mexico. 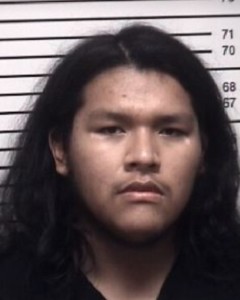 Jesse Jacinto, 20, was detained on January 24th by US Homeland Security Customs and Border Security Agents while reportedly trying to cross back into the United States at the Loredo, Texas border crossing.

Jacinto was wanted in connection to a sexual assault investigation that began in early October of 2018. Iredell County detectives say a 14-year-old girl reported a sexual assault that took place involving Jacinto while he was living on Trivette Road.

During the investigation, deputies say they learned Jacinto had fled the county and was believed to be heading to the Mexican border. Warrants charging Jacinto with Felony Statutory Rape of a Child were issued on November 6th.

Jacinto was extradited to Iredell County on Monday and served with the outstanding warrant.