GASTONIA, NC — Police say a man was taken into custody Thursday morning after a stand-off that lasted nearly five hours. 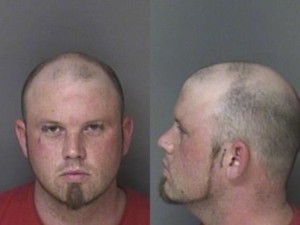 Gastonia Police officers were called to the Midtown Motor Inn on S. Chester Street around 4:30am in reference to a suspect with several outstanding warrants. Officers say the suspect was uncooperative and refused to come out for several hours.

Around 9:30am, William David Anders, 28, was finally taken into custody.

He has been served several outstanding warrants including Assault with a Deadly Weapon Inflicting Serious Injury, Breaking and Entering, Fleeing to Elude Arrest, Unauthorized Use of a Motor Vehicle, Parole Violation, and Extradition/Fugitive from another State.

What The Tech: App Of The Day, PhotoRoom