Text2Win A Digital Copy Of Disney’s “Ralph Breaks The Internet”

“Ralph Breaks the Internet” arrives home with a wide-range of exclusive extras, taking fans behind the scenes at Walt Disney Animation Studios to explore how artists created the film’s vibrant version of the internet — from comical cat videos to the intense online game Slaughter Race to shady characters on the Dark Net. Features also reveal some Easter eggs — inside jokes and references to other Disney films and characters hidden throughout the film — and filmmakers introduce some never before revealed deleted scenes.

Directed by Rich Moore (Academy Award®-winning “Zootopia,” “Wreck-It Ralph”) and Phil Johnston (co-writer “Wreck-It Ralph,” “Zootopia,” writer, “Cedar Rapids”), and produced by Clark Spencer (“Zootopia,” “Wreck-It Ralph,” “Bolt,” “Lilo & Stitch”), “Ralph Breaks the Internet” welcomes back favorite cast and characters introduced six years ago, including Reilly, who provides the voice of Ralph, and Silverman, who returns as the voice of Vanellope. Lending a virtual hand to Ralph and Vanellope is Shank, voiced by Gal Gadot, a tough-as-nails driver from a gritty online auto-racing game called Slaughter Race, a place Vanellope wholeheartedly embraces — so much so that Ralph worries he may lose the only friend he’s ever had. Yesss, voiced by Taraji P. Henson, the head algorithm and the heart and soul of the trend-making site BuzzzTube, makes Ralph a viral sensation. Jack McBrayer and Jane Lynch return as the voices of Fix-It Felix Jr. and Sergeant Calhoun, respectively, and Disney Animation’s good luck charm, actor Alan Tudyk was called on to voice a search engine named KnowsMore — literally a know-it-all — who runs a search bar and helps Ralph and Vanellope on their quest. Lots of exciting cameos are also featured in the film including a scene that reunites all of the original (living) Disney Princess voice cast. 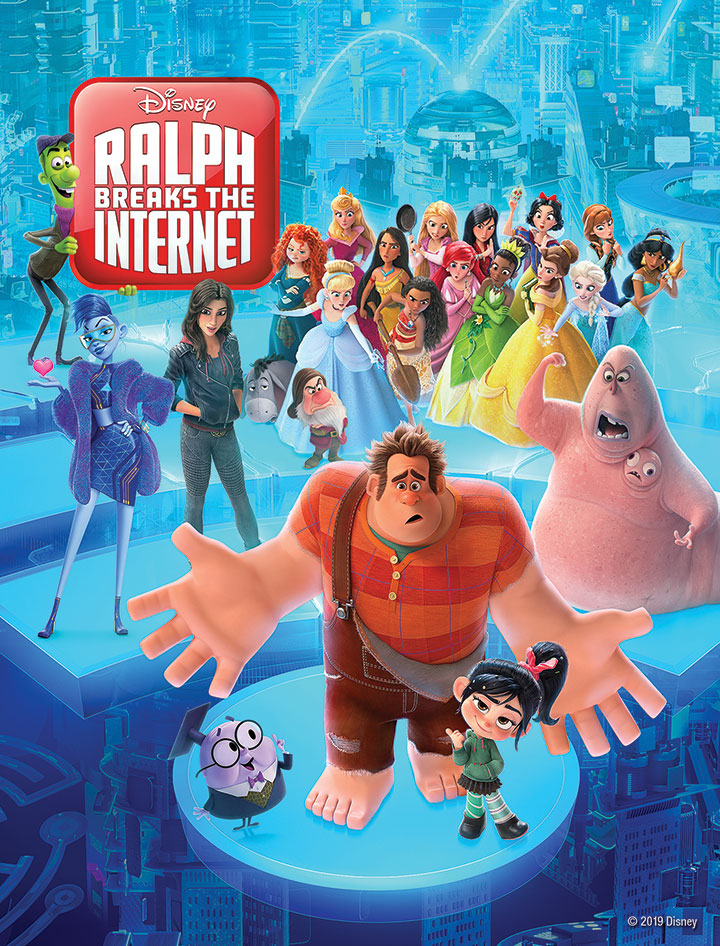 HOW TO WIN: No purchase necessary. Viewers must join the WCCB Text Club by 2 PM Thursday, February 28th, 2019 by texting WCCBVIP to 31403. Between 2 PM and 3 PM the same day, the VIP text club will receive a code word to text back for a chance to win. Winners will be randomly selected at 5 PM and sent a confirmation text detailing how to claim the prize. No prizes will be mailed.

Deadline to join the WCCB Text Club to qualify for this contest is 2PM Thursday, February 28th, 2019.
Deadline for entries is 5pm Thursday, February 28th, 2019.
One entry per person; any duplicate entries will be disqualified. One winner per household.
Users can opt out of the WCCB Text Club by texting STOP to 31403 at any time.

ELIGIBILITY: No purchase necessary. To win, you must be 18 years or older and a legal resident of North or South Carolina. No employee of Disney & Allied Global Marketing and their affiliated artists and promoters (“Sponsor”) or WCCB-TV (“Station”), their affiliated companies, his or her spouse, or immediate family members and/or those living in the same household of each shall be eligible to win. Immediate family members include, but are not necessarily limited to, parents, brothers, sisters, nieces, nephews, aunts, uncles, cousins, and grandparents. Employees, or relatives of employees, of any television or radio station in the Charlotte Nielsen DMA or Charlotte Arbitron ADI are not eligible to win. Additionally, Station reserves the right to disqualify any other person from participation in the Contest where such participation would, in the sole opinion of Station, compromise or give the appearance of compromising the integrity of the Contest. No person shall be eligible to win any contest conducted by the Station more than one time in any sixty-day period.

6) Winner will be notified by text no later than 6PM on Thursday, February 28th, 2019 and must claim the prize by 5PM Friday, March 29th, 2019 or the prize may be forfeited. No prizes will be mailed. Please don’t come to the station unless instructed to do so.