CHARLOTTE, NC — The Charlotte Area Transit System (CATS) is celebrating the one-year anniversary of the opening of the extension of the LYNX Blue Line.

Dubbed the “Blue Line Extension (BLE),” the expanded light rail service began revenue service on March 16, 2018, after five years of construction. It was one of the largest infrastructure projects in Charlotte history. CATS commemorated the anniversary occasion with several appreciation events, including celebrating its 58-millionth LYNX Blue Line rider during a special event today at the LYNX 3rd Street Station. CATS CEO John Lewis was on hand to deliver a token of CATS’ appreciation to winner Mark Helotie and thank other riders for their continued support. 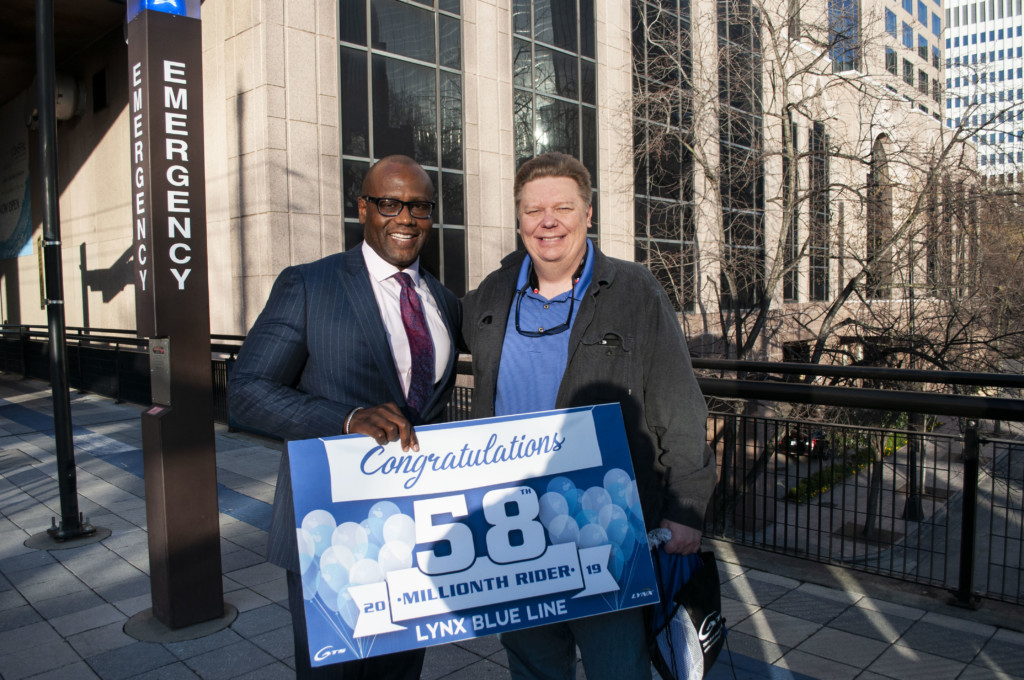 “It hasn’t felt like a year, but here we are, celebrating a momentous occasion that was the culmination of the hard work and dedication of so many individuals,” said Lewis. “We’ve seen the community benefits of the LYNX Blue Line and other transit projects. While we are certainly reflective, we’re also very enthusiastic for what the future holds.”

The entire LYNX Blue Line now covers nearly 19 miles and has 26 stations, including 11 park and rides. Last month, the average weekday ridership was nearly 27,500. The LYNX Blue Line operates every 7.5 minutes during peak hours and averages an on-time performance rate of 98 percent.