FORT LAUDERDALE, Fla. (AP) — A Florida man called 911 after going to the bathroom and finding a bright green iguana swimming in his toilet. 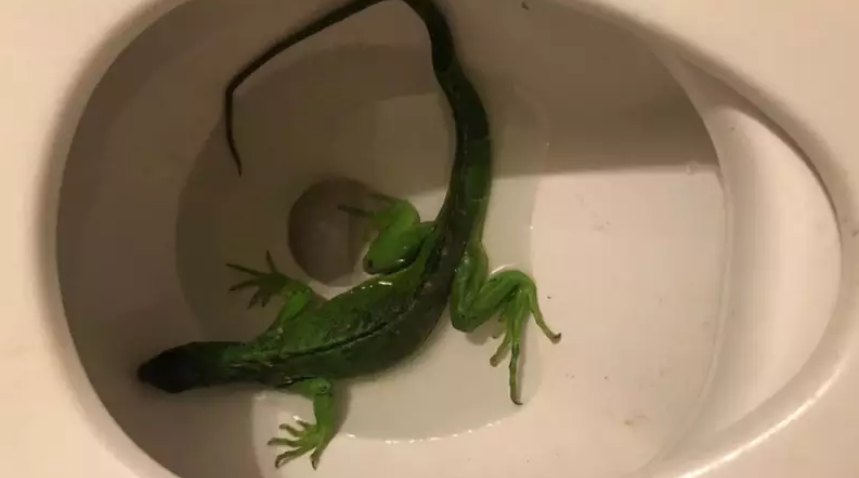 Fort Lauderdale Battalion Chief Stephan Gollan tells the Miami Herald the man “freaked out and didn’t know what to do.”

He says firefighter Jeff Kurus put on a sterile glove, reached in and grabbed the iguana. He took it outside and released it into the wild.

Gollan says the department “is the end-all-be-all” when it comes to unique calls.

Can you imagine lifting the toliet seat and finding this? Today Engine 13 responded to this exact call. Upon arrival the owner stated when they went to use the restroom they found the lizard in the toliet . Our crews took the lizard outside and released him without harm! #Media pic.twitter.com/WxfwAYvh5K