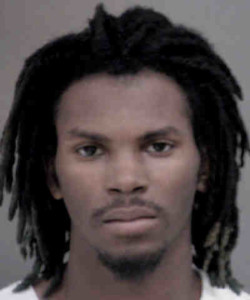 Tramel Donnell Hill Jr. is accused of breaking into vehicles on Ferncliff Road around 2:43am. Police say Hill was found crouching down in the driver’s seat of a vehicle after someone reported a break-in.

A second vehicle was found nearby, police say, that had also been broken into.

Hill has been charged with two counts of Breaking and Entering of a Motor Vehicle.

What The Tech: Tech For Emergencies