BURKE COUNTY, NC — Officials say the person wanted for shooting at multiple homes and businesses throughout Burke and Caldwell Counties has been arrested. 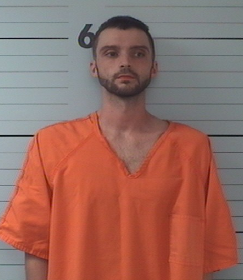 Joseph Beard, 29, of Mountain View Circle in Lenoir, was arrested by Lenoir Police on Tuesday after he reportedly fired shots at a restaurant in Caldwell County. An employee reported seeing the same Dodge Charger leaving the scene that was captured on surveillance after several other shootings throughout the two counties.

The vehicle was soon located and Beard was identified as the driver.

Investigators say damages are consistent with projectiles the size of a “BB” while others are obviously from bullets. The shooter reportedly targeted motor vehicles, as well as the windows and doors of both homes and businesses.

Beard had a BB gun in his vehicle at the time of his arrest, deputies say, and admitted to the shootings that occurred in both Burke and Caldwell Counties. He has been charged with injury to real property and possession of drug paraphernalia and placed into Caldwell County Jail under a $10,000 bond.

NASCAR Hall Of Fame 4th Annual "Over The Edge Charlotte"