THE MAN WHO KILLED HITLER AND THEN THE BIGFOOT follows the epic adventures of an American legend that no one has ever heard of. Since WWII, Calvin Barr (Sam Elliott) has lived with the secret that he was responsible for the assassination of Adolf Hitler. Now, decades later, the US government has called on him again for a new top-secret mission. Bigfoot has been living deep in the Canadian wilderness and is carrying a deadly plague that is now threatening to spread to the general population. Relying on the same skills that he honed during the war, Calvin must set out to save the free world yet again. 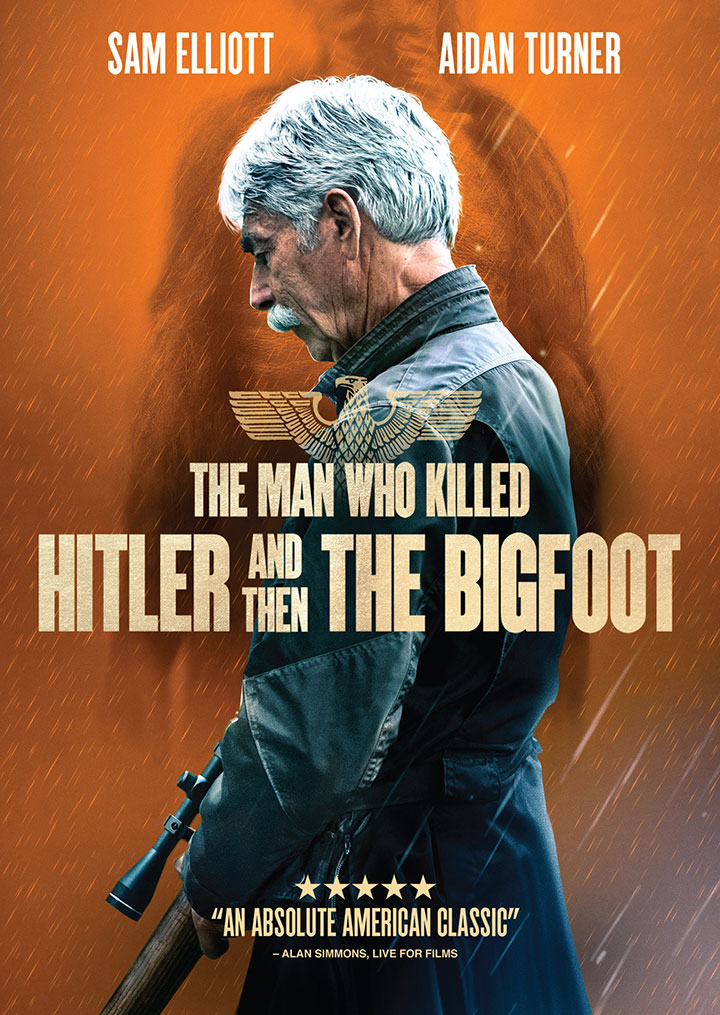 3 Winners: Three winners will receive a copy of the movie “The Man Who Killed Hitler and Then the Bigfoot” on DVD (SRP $29.96).

HOW TO WIN: No purchase necessary. Viewers must join the WCCB Text Club by 6PM Monday, April 1st, 2019 by texting WCCBVIP to 31403. Between 6PM and 7PM the same day, the VIP text club will receive a code word to text back for a chance to win. Winners will be randomly selected at 9PM and sent a confirmation text detailing how to claim the prize. No prizes will be mailed.

ELIGIBILITY: No purchase necessary. To win, you must be 18 years or older and a legal resident of North or South Carolina. No employee of RLJ Entertainment and their affiliated artists and promoters (“Sponsor”) or WCCB-TV (“Station”), their affiliated companies, his or her spouse, or immediate family members and/or those living in the same household of each shall be eligible to win. Immediate family members include, but are not necessarily limited to, parents, brothers, sisters, nieces, nephews, aunts, uncles, cousins, and grandparents. Employees, or relatives of employees, of any television or radio station in the Charlotte Nielsen DMA or Charlotte Arbitron ADI are not eligible to win. Additionally, Station reserves the right to disqualify any other person from participation in the Contest where such participation would, in the sole opinion of Station, compromise or give the appearance of compromising the integrity of the Contest. No person shall be eligible to win any contest conducted by the Station more than one time in any sixty-day period.

6) Winners will be notified by text no later than 10PM on Monday, April 1st, 2019 with instructions on how to claim the prize. Winners must claim the prize by 5PM on Wednesday, May 1st, 2019 or the prize will be forfeited. No prizes will be mailed. Please don’t come to the station unless instructed to do so.