“We are getting connected,” Utah’s Ricky Rubio said. “Even with guys out, we are moving the ball and raising our level even more.”

Gobert, who is second in the league with 62 double-doubles, controlled the paint as the Jazz built enough of a lead to withstand Walker, who scored 22 points in the fourth quarter.

“We had a great game defensively besides the last few minutes when Kemba just went off,” said Gobert, who had three blocked shots.

Walker was unstoppable in the last part of the fourth period but the game had essentially been decided. After a slow start, he finished 15 of 28 from the floor and 13 of 15 from the line. 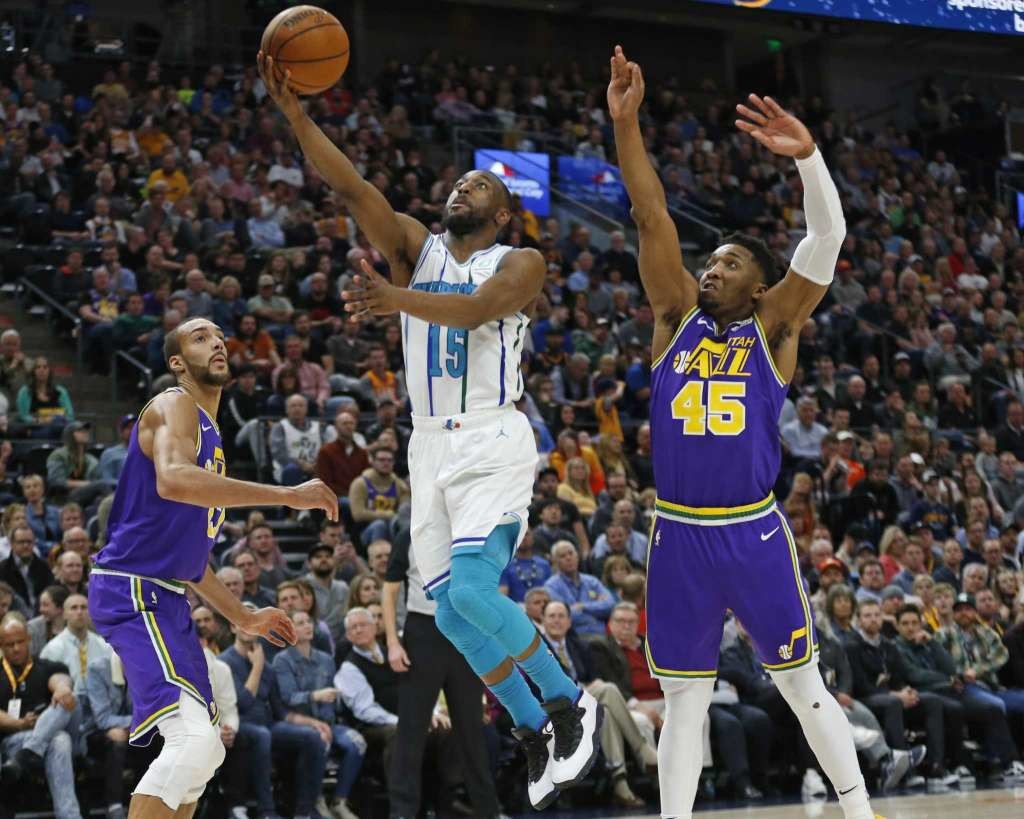 “I did get into a good rhythm. I was trying to get downhill, trying to get to the free throw line. Made a few 3. It was a little too late,” Walker said.

Meanwhile, the Jazz did it by committee with 30 assists on their 38 made baskets. Utah continues to feed on teams with losing records, though Charlotte is desperate to make the playoffs.

“It’s hard in this league to win, so we don’t care who we’re playing. It’s more about us playing the level we want to play and we’re reaching that,” said Rubio, who had 20 points and 13 assists.

The Jazz have given up big games this season to guards such as Devin Booker (59 points), Derrick Rose (50) and now Walker. In fact, Walker’s 88.7% percent of the starting lineup’s points is the highest percentage by a single player since the statistic was first recorded in 1970, per Elias Sports Bureau.

“I’m not saying we want people to score 50 on us, but we want to protect the paint and protect from the shooters,” Gobert said. “If a guy is able to handle the ball and hit contested shots all night, I just clap my hands. … I just care if we win.”

And the Jazz are doing a lot of winning these days.

In the midst of their best stretch of the season, the Jazz have won 10 of 11 and are two games back of Houston and Portland for the third and fourth slots in the Western Conference playoffs.

“We just got to keep it going. We are just focusing on game at a time and it’s working,” Mitchell said.

The Hornets are still in the race for the final spot in the Eastern Conference but their hopes grow slimmer with each loss. Charlotte trails Miami by three games for eighth place with five games left.

Charlotte lost by 47 to Golden State on Sunday and gave a better effort in the second half of its back-to-back but never seriously challenged the Jazz.

Joe Ingles scored 15, all on 3-pointers, and Thabo Sefalosha added 14, his season high.

Charlotte only managed 29.8% first-half shooting and the Jazz led 52-39 at the half. Only with their flurry at the end, Charlotte reached 40 percent for the game.

Lamb had been in a bit of a slump, shooting 14 of 46 the last five games, but became the only scoring option beyond Walker for Charlotte in this one. He tallied 23 points and Willy Hernangomez had 15.

Charlotte experimented with variety of lineups as 11 players saw action in the first quarter. The Hornets missed 20 of their first 21 attempts behind the arc.

Hornets: Cody Zeller, who hasn’t played since March 9, sat with a sore left knee, but coach James Borrego wouldn’t say he’d played his last game this season. “We haven’t made a ruling on that yet,” Borrego said. … The Hornets missed their first eight 3-pointers and went 1 for 16 in the first half. … Besides Walker, the rest of Charlotte’s starting lineup had six total points.

Jazz: Regular starting power forward Derrick Favors missed the game with back spasms and Kyle Korver was out with knee soreness. Jae Crowder started and didn’t score in 24 minutes. … The Jazz are 19-4 in games with at least 30 assists. … Utah is 16-0 when holding opponents under 30 percent from beyond the arc.

Gobert tied Karl Malone (1987-88) for most double-doubles by a Jazz player in a season. To imagine Gobert possibly topping the Hall of Famer is almost unfathomable to some teammates who saw him as a rookie or second-year player.

“When I first got here, he couldn’t catch, he couldn’t run. He couldn’t do much of anything,” Ingles said. “But he’s gotten better and better every year.”