CHARLOTTE, NC — The Charlotte-Mecklenburg Police Department is trying to find a 35-year-old man with autism who went missing Tuesday afternoon. 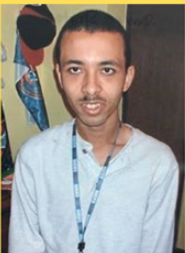 Spencer Stratton was reported missing around 3:18pm. Police say he was last seen at Life Span on Kalynne Street where he attends school.

According to officials, Stratton has been diagnosed with autism and is non-verbal. He was last seen on foot wearing a black shirt, black pants, a red and black jacket, and gray shoes.

Police say Stratton is under the legal guardianship of Mecklenburg County DSS and is believed to be with unauthorized family members or friends.

Anyone with information on his whereabouts is asked to call 911 or Crime Stoppers at 704-334-1600 immediately.

Stacked Chairs A Symbol Of California Reclosing Amid Virus | PHOTOS

Text2Win "You Don't Nomi" On DVD