Jonathan Stewart Signs One-Day Contract To Retire As A Panther

CHARLOTTE, N.C. — Jonathan Stewart, the Carolina Panthers all-time leading rusher, has signed a one-day contract to retire with the franchise.

The 32-year-old Stewart played 10 seasons with Carolina and rushed for 7,318 yards and 51 touchdowns.  He added 162 receptions for 1,295 yards and seven receiving touchdowns. 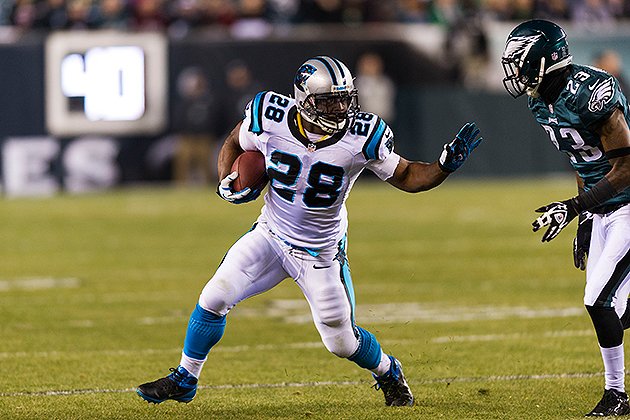 Selected 13th overall out of Oregon in 2008, Stewart rushed for 836 yards as a rookie.  Stewart and DeAngelo Williams formed “Double Trouble” and became the first teammates to each rush for 1,100 yard in 2010, with Stewart also being named to the Pro Bowl.

Stewart surpassed Williams as the franchises all-time leading rusher in week four of 2017, which was a victory over the Patriots.  He is also Carolina’s all-time leader in playoff rushing yards with 474 and rushing touchdowns with five.