Old school magic meets the modern world in the epic family-friendly adventure, The Kid Who Would Be King. Alex thinks he’s just another nobody, getting bullied at school and told what to do by his teachers, until he stumbles upon the mythical Sword in the Stone, Excalibur. Now, with the help of the legendary wizard Merlin, he must unite his friends and schoolyard enemies into an allied band of knights to defeat the wicked enchantress Morgana. With the future at stake, Alex must become the great leader he never dreamed he could be and save the world.

Touted as, “One of the best kids’ adventure movies in recent memory” (Matt Goldberg, Collider), and Certified Fresh™ on Rotten Tomatoes®, The Kid Who Would Be King arrives on 4K Ultra-HD™, Blu-ray™ and DVD April 16 from Twentieth Century Fox Home Entertainment. 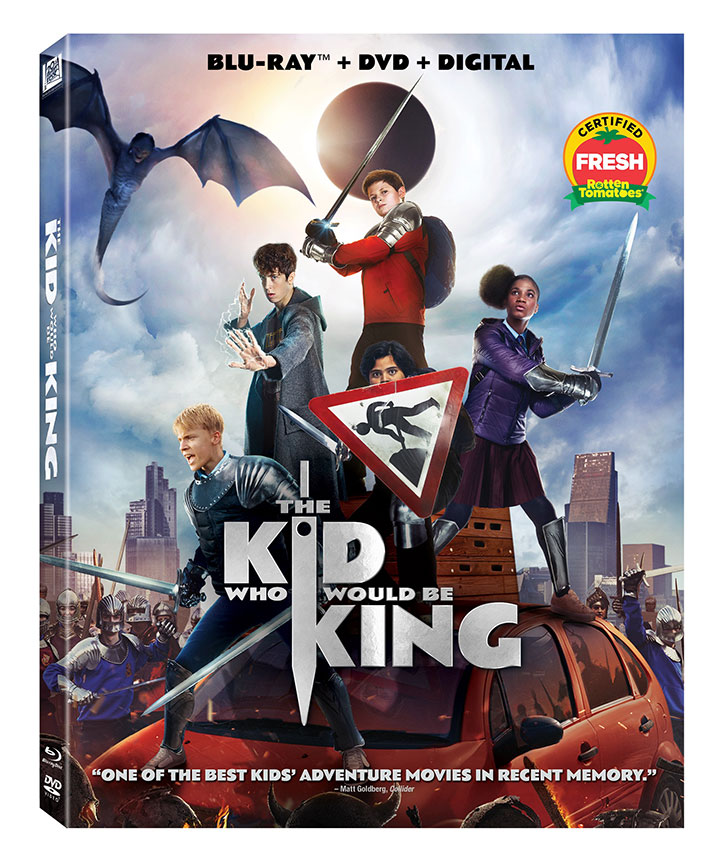 HOW TO WIN: No purchase necessary. Viewers must join the WCCB Text Club by 2PM Monday, April 29th, 2019 by texting WCCBVIP to 31403. Between 2PM and 3PM the same day, the VIP text club will receive a code word to text back for a chance to win. Winners will be randomly selected at 5pm and sent a confirmation text detailing how to claim the prize. No prizes will be mailed.

ELIGIBILITY: No purchase necessary. To win, you must be 18 years or older and a legal resident of North or South Carolina. No employee of 20th Century Fox, RKP Media and their affiliated artists and promoters (“Sponsor”) or WCCB-TV (“Station”), their affiliated companies, his or her spouse, or immediate family members and/or those living in the same household of each shall be eligible to win. Immediate family members include, but are not necessarily limited to, parents, brothers, sisters, nieces, nephews, aunts, uncles, cousins, and grandparents. Employees, or relatives of employees, of any television or radio station in the Charlotte Nielsen DMA or Charlotte Arbitron ADI are not eligible to win. Additionally, Station reserves the right to disqualify any other person from participation in the Contest where such participation would, in the sole opinion of Station, compromise or give the appearance of compromising the integrity of the Contest. No person shall be eligible to win any contest conducted by the Station more than one time in any sixty-day period.

6) Winners will be notified by text no later than 6PM on Monday, April 29th, 2019 with instructions on how to claim the prize. Winners must claim the prize by 5PM on Wednesday, May 29th, 2019 or the prize will be forfeited. No prizes will be mailed. Please don’t come to the station unless instructed to do so.