Police say Cooper Robertson has been located and is no longer considered missing.

At this time, police have not released any other information regarding his disappearance.

CHARLOTTE, N.C. — The Charlotte-Mecklenburg Police Department is asking for assistance locating a 27-year-old man who has been missing for a week.

Police say 27-year-old Cooper Robertson left his home, in the 2700 block of Oakmeade Drive, walking on the night of April 18th, 2019.  His family has not seen or heard from him since. 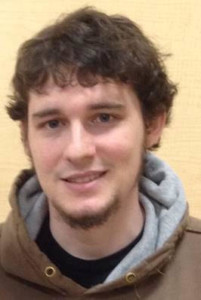 Robertson’s family is concerned because he was experiencing mental distress when he left home.  Family members say Robertson has previously visited parks and wooded areas around his home and other south Charlotte areas.

Anyone who sees or has information about Mr. Robertson is asked to call 911 immediately. In addition, you may also call Crime Stoppers at 704-334-1600.  Detective Tuttle is the assigned detective for this case and his number is 704-336-8340.