CHARLOTTE – The Carolina Panthers used their first selection in the 2019 NFL Draft to shore up on the front end of their defense, picking versatile defensive end Brian Burns with the 16th overall selection. 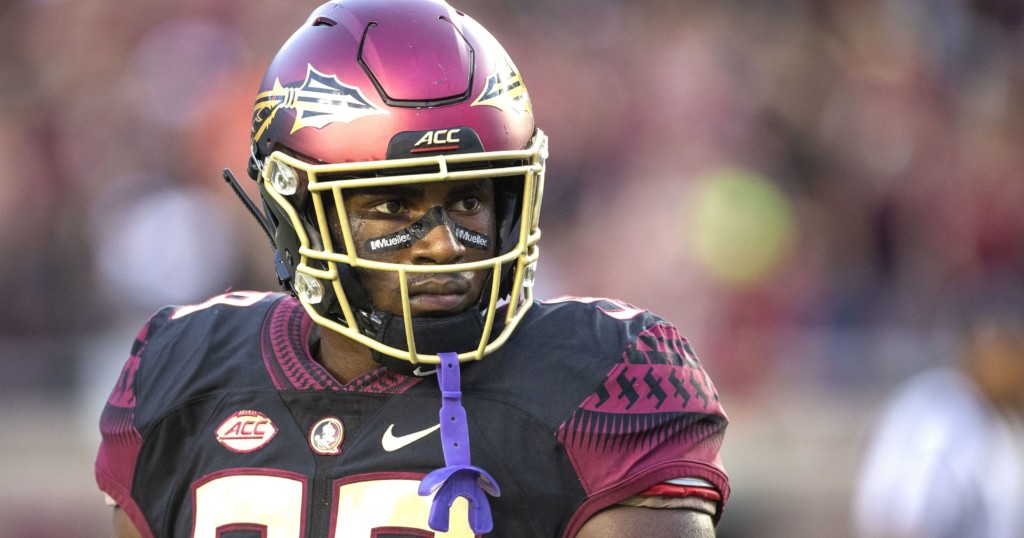 The 6-foot-5, 250-pounder out of Florida State ranked eighth in the nation with 10 sacks last season as a part of a three-year total of 24, ranked fifth in school history. Burns burst onto the scene in 2016 with 9.5 sacks in a reserve role, the most sacks for an FSU freshman since 1977.

Burns could be used in multiple ways along the Panthers’ front seven. He’s capable of contributing as traditional defensive end but played closer to 235 pounds in college and has the athleticism to drop into coverage or defend the run as an edge linebacker in hybrid looks.

The Panthers’ next scheduled pick is No. 47 overall, a second-round selection to be made when the NFL Draft continues Friday evening. Carolina is also slated to make a pair of third-round choices to wrap up Friday – at No. 77 in addition to a compensatory pick at No. 100.