CHARLOTTE – The Panthers selected the left tackle they coveted with the 37th overall pick in the 2019 NFL Draft, choosing Greg Little from Ole Miss in the second round. 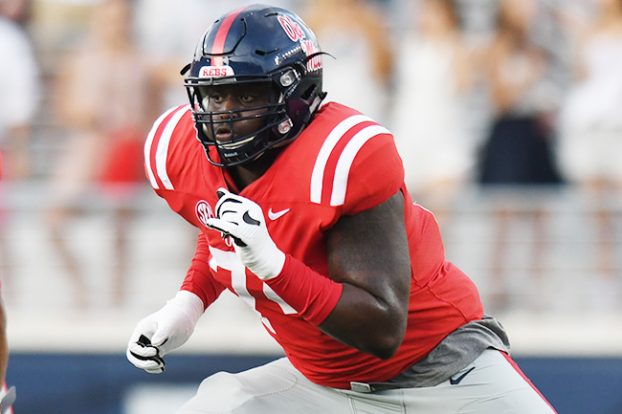 Carolina moved up 10 spots from No. 47 in a trade with the Seahawks. The Panthers sent the 47th pick and the 77th pick (their first of two third-rounders) to Seattle. Carolina is still set to pick again at No. 100 later Friday.

Little, a first team All-SEC selection in 2018, started every game at left tackle for the Rebels each of the past two seasons. He came to Ole Miss as the No.1 ranked offensive lineman in the country and started five games at left tackle as a true freshman.

The 6-foot-5, 310-pounder with 35 ¼” arms has all the physical tools and the necessary athleticism to succeed at the next level. The 21-year-old from Allen, Texas, described himself as a “quick-twitch big guy” at the scouting combine.