MATTHEWS, NC — Matthews Police have arrested one suspect and are trying to find another accused of robbing a victim at gunpoint and stealing his car early Saturday morning. 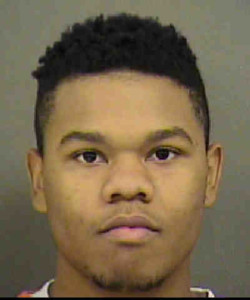 Police say the victim was meeting with a known acquaintance, identified as Jeremiah Harvey, 19, and an unknown woman in the parking lot of a Comfort Inn on Windsor Crossing Drive around 2:27am.

While they were talking, police say Harvey and the woman pulled guns on the victim and robbed him. The suspects then reportedly told the victim to walk away and Harvey took off in his vehicle.

No one was injured during the incident.

Harvey is charged with Armed Robbery, Possession of a Firearm by Felon, Conspiracy to Commit Armed Robbery and Motor Vehicle Theft.

The female suspect is described as a black woman driving a white car, which may be a Nissan.

Anyone with information on her whereabouts or identity is asked to call Matthews Police at 704-841-6774.