In the film that birthed the wildly successful ALIEN franchise, the crew of the deep space tug Nostromo awaken from stasis during a voyage home to Earth when their ship’s computer detects what is believed to be an alien distress signal coming from the desolate nearby moon, LV-426. While investigating, one of the crew, Kane (John Hurt), is attacked by an alien creature that latches to his face and he is rushed back to the Nostromo to receive medical treatment. Ripley (Sigourney Weaver), the ship’s warrant officer, advises against Kane’s return due to quarantine regulations – but her orders are ignored by Ash (Ian Holm), bringing the Nostromo under threat from a mysterious, extraterrestrial apex predator with violent and lethal survival instincts.

The film was restored in 4K in 2018 by 20th Century Fox at Company 3/Deluxe Entertainment Services Group, supervised by Ridley Scott and Pam Dery, with the 4K scans done at EFilm. 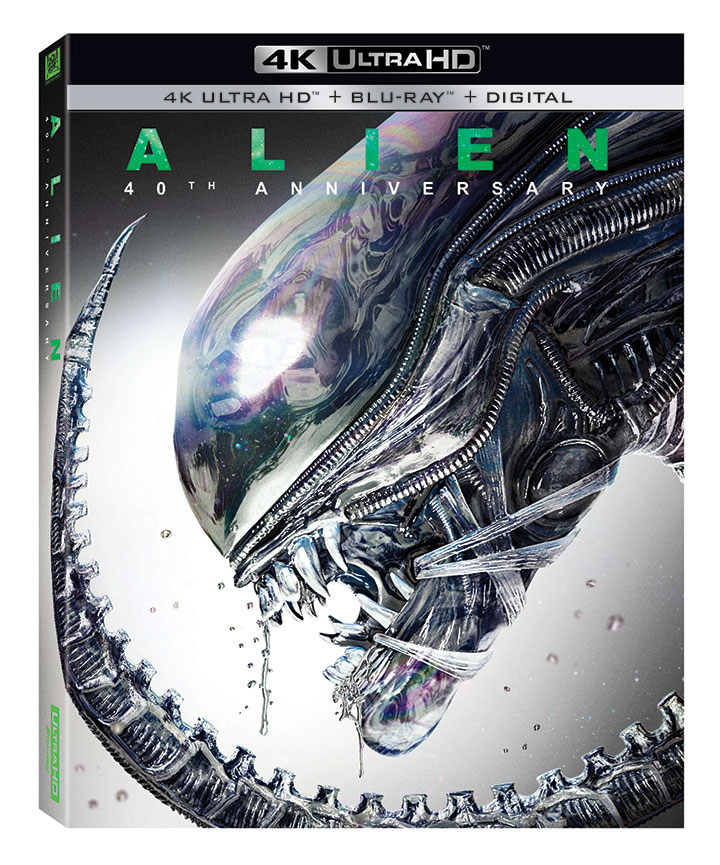 HOW TO WIN: No purchase necessary. Viewers must join the WCCB Text Club by 6PM Monday, May 6th, 2019 by texting WCCBVIP to 31403. Between 6PM and 7PM the same day, the VIP text club will receive a code word to text back for a chance to win. Winners will be randomly selected at 9PM and sent a confirmation text detailing how to claim the prize. No prizes will be mailed.

ELIGIBILITY: No purchase necessary. To win, you must be 18 years or older and a legal resident of North or South Carolina. No employee of Twentieth Century Fox Home Entertainment, RKP Media and their affiliated artists and promoters (“Sponsor”) or WCCB-TV (“Station”), their affiliated companies, his or her spouse, or immediate family members and/or those living in the same household of each shall be eligible to win. Immediate family members include, but are not necessarily limited to, parents, brothers, sisters, nieces, nephews, aunts, uncles, cousins, and grandparents. Employees, or relatives of employees, of any television or radio station in the Charlotte Nielsen DMA or Charlotte Arbitron ADI are not eligible to win. Additionally, Station reserves the right to disqualify any other person from participation in the Contest where such participation would, in the sole opinion of Station, compromise or give the appearance of compromising the integrity of the Contest. No person shall be eligible to win any contest conducted by the Station more than one time in any sixty-day period.

6) Winners will be notified by text no later than 10PM on Monday, April 29th, 2019 with instructions on how to claim the prize. Winners must claim the prize by 5PM on Wednesday, June 5th, 2019 or the prize will be forfeited. No prizes will be mailed. Please don’t come to the station unless instructed to do so.