CHARLOTTE, N.C. — It’s a blog post no one ever wants to write. UNC Charlotte Anthropology lecturer Adam Johnson says, “On April 30, my Liberal Studies class, framed as Anthropology and Philosophy of Science, was the site of a horrific event. Two of my students were killed while four more were injured.”

Johnson opens up in the blog post about the shooting that happened in his classroom in Kennedy Hall.  He says, “I want to write this down, both to document the events from my perspective and to correct some of the misinformation that is abound in news articles from around the world. Also, I’m an anthropologist and so I believe that it is important to engage with this topic anthropologically, just superficially now, but in more depth and with more vigor when I am emotionally and mentally able to do so.”

Johnson says he arrived to the classroom just after 5:15pm to get the room ready for final presentations.  By 5:45pm, two students were dead and four more injured.  The shooting reportedly happened during the first presentation.  Johnson says the class was watching a video on a static versus dynamic universe and about seven minutes into the video and without warning, “earsplitting bangs ring throughout the room, off the glass walls, creating a terrible reverberation.” 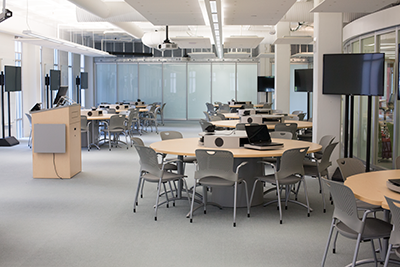 Johnson says students were first confused but then “terror set in and we took off for the opposite door.”

He then describes what happened here:

“I stood up and kicked the chair I was sitting in away from the walkway and move towards the door, ushering students in that direction. I make it to the door, out the door and hold it open for the rushing students. One student falls down in the door way and is stepped on, I pick them up and move them back with the flow of traffic.

After exiting the room, we exit through the doors into the building’s foyer, then out the doors and down the stairs into a large courtyard, surrounded by classroom and office buildings, with a berm and fountain at the center. The students are scattering and running for their lives, in all directions. I grab a few students and rush towards a close building. I know if we make it there, we can go up the stairs to the second floor and into my office. This would put two locked doors between us and danger. We rushing yelling “ACTIVE SHOOTER!”

When we approach the anthropology department, the door is still open so we rush in. We slam the door. The department chair is still in his office so we choose there. We enter the office and shut the door. I immediately tell the chair to call 911 and that there was an active shooter. He calls. I am settling the students while the chair is on the phone and I am feeding him information about the location of the shooting.

We move away from the windows and wait for the all clear. The university quickly sends out active shooter warnings to email and cellphones. After approximately four minutes (however it felt like four hours) we see police officers rushing by the building in the direction of the incident.

The students that I have in the room with me are expressing different emotional responses: crying, disbelief, shock… Most their things were left in the classroom and so some did not even have their phones to call family, The chair and I made ours available.”

Johnson says the reported shooter, whose name he will not use, was a student in the class at the beginning of the semester but withdrew in January.  He also says he ran into him on campus shortly after he withdrew from his class and talked to him about how it, “was a shame that they had to leave the course but I understood.”

That was the last time Johnson saw the reported shooter until he quietly walked into the classroom and started shooting.  Johnson says, “Before opening fire, the shooter said nothing, did not indicate that they were going to shoot; simply raised the gun and started to fire.”

One victim, later identified as Riley Howell, tackled the reported shooter and “undoubtedly saved more lives,” in the words of Johnson.  Howell was killed in the tragic shooting.  Johnson goes on to say Howell is “an absolute hero.”

Johnson continues in the blog post to say at one point a victim asked the reported shooter to stop shooting and he said, “I’m done.”  He then reportedly “emptied the magazine, laid the gun down, and sat on the ground.”

A short time later, officers took the suspect into custody.  He was been charged with a slew of charges including two counts of murder and four counts of attempted murder.

Two of Johnson’s students were killed in the shooting, Howell and Reed Parlier. 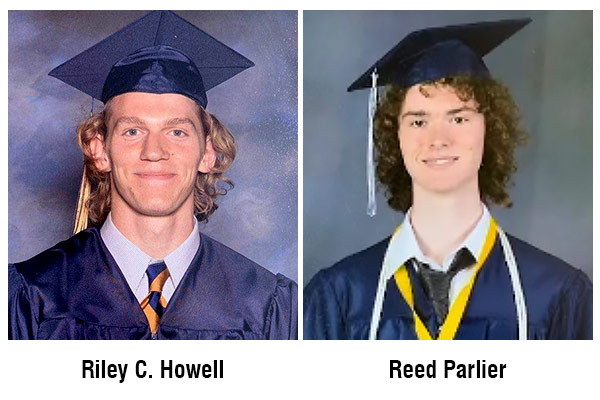