CLOVER, SC — The South Carolina Highway Patrol is trying to find the driver responsible for a hit and run accident that left one person dead.

The accident reportedly happened sometime between 11:30pm on May 3rd and 12:15am on May 4th. Troopers say the driver hit a pedestrian on Highway 55 between Paul Ford Road and Griggs Road and then left the scene.

The suspect vehicle is described as a gold 2002-2007 Jeep Liberty. Troopers say it may have damage to the center and right front of the vehicle, including possible damage to the windshield and passenger side. 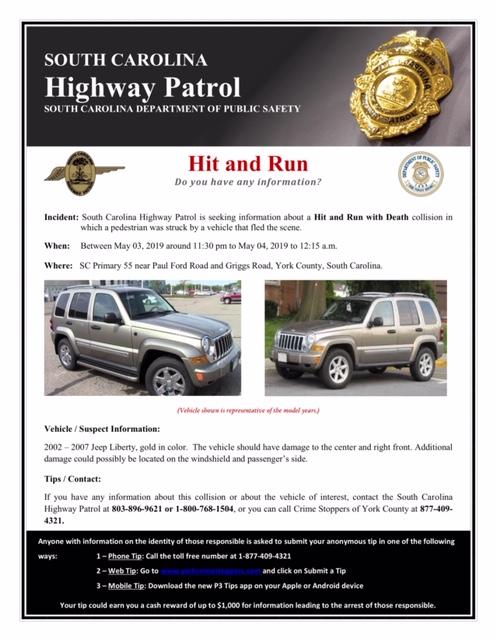