CHARLOTTE, N.C. — Detectives with the Charlotte-Mecklenburg Police Department’s Armed Robbery Unit are asking for the public’s assistance in identifying a man wanted for robbing a business in north Charlotte.

On May 5th, officers were called to the Express Mart on Statesville Road near Interstate 85 after a man armed with a gun robbed the business, according to a news release.

The suspect is described as a black male who is approximately 5′ 10″ tall with a thin build.  He was last seen wearing a dark colored coat, blue jeans and a dark colored beanie.  He also had on yellow gloves. 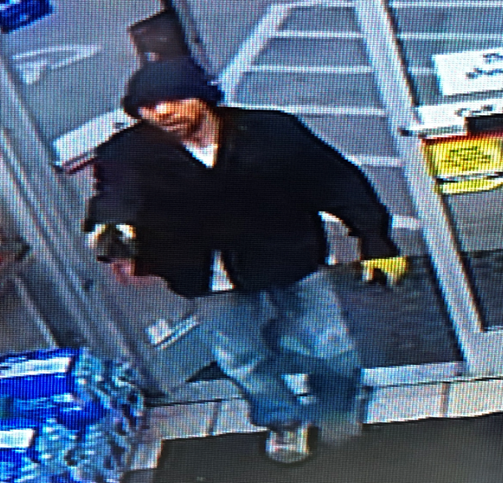