Panthers Rumored To Be Featured On Amazon’s All Or Nothing

CHARLOTTE, N.C. — According to Mike Florio of Pro Football Talk, the Carolina Panthers 2018 season will be featured on the Amazon series All or Nothing this year.

All or Nothing is essentially Amazon’s version of HBO’s Hard Knocks. 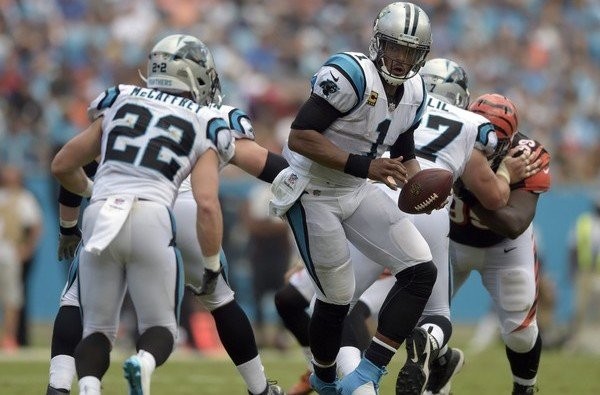 Here is what Florio had to say about the production in his piece:

“This year, we’ve caught wind of the team, and we’ve confirmed it. Per multiple sources, Carolina Panthers secretly served as the most recent All or Nothing team.

If it’s the Panthers, it could be an intriguing look at the disintegration of a playoff contender. They started the season 6-2 before a Thursday night disaster against the Steelers that greased the skids of a seven-game free fall that ended in Week 17, with a meaningless win over a Saints team that had locked up the No. 1 seed.

Along the way, quarterback Cam Newton‘s shoulder was making it harder and harder to get the ball down the field, which made it easier and easier for defenses to reduce the amount of territory they had to cover.”

The series follows a team for the duration of a season and gives viewers a behind-the-scenes look at the day-to-day operations of an NFL Team.

So essentially fans will get to see the Panthers’ regression from a 6-2 start and potential playoff run, to losers of seven games in a row.

Fans may also get a glimpse into the injuries that sidelined Cam Newton and Greg Olsen, as well as possible insight into the final seasons for franchise legends Julius Peppers and Thomas Davis.

A release date for the series has not been announced, so stay tuned!