Caldwell County  Emergency Services says the motorist who ran from a car wreck in Granite Falls has been found.

Officials say 38-year-old Terry Daniel Ray was located on the morning of Friday, May 31st,  after a passing motorist called Caldwell County 911 with a tip about his whereabouts.

Ray was involved in a vehicle collision on Grace Chapel Road on Wednesday, May 29th, but was unable to be located following the accident.  Authorities believed he was injured and conducted a wide search involving communication through news outlets and social media, as well as land, air, and water resources from the Grace Chapel, Granite Falls and Sawmills Fire Departments, Caldwell County Sheriff’s Office and Caldwell County Emergency Services.

Authorities say Ray was found in good health with minor injuries and reused medical care from the Caldwell County EMS.

The N.C. State Highway Patrol is investigating the accident and no charges have been filed at this time.

CALDWELL COUNTY, NC — Authorities are trying to find a 38-year-old man who reportedly went missing after running from a motor vehicle accident. 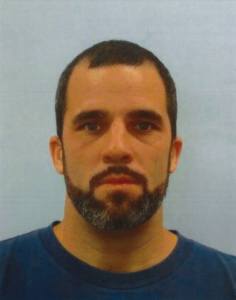 Terry Daniel Ray went missing on Wednesday around 12:58pm after deputies say he ran from a collision on Grace Chapel Road.

Investigators say Ray could have been injured in the accident. He is described as a white man, 5 feet 11 inches tall, 180 pounds, black hair and green eyes.

Ray was last seen wearing a white t-shirt, jeans and missing a flip flop. He may be barefoot as a result.

Deputies say Ray should not be considered a threat or dangerous, but anyone who sees him should not try to make contact. Instead, authorities say to call 911 immediately.

Child Hit By Vehicle While Waiting On School Bus In Lancaster