Trooper: Serious Accident On I-85 Near Mile Marker 43 Was Weather Related

The accident that closed all lanes of I-85 near mile marker 43 Friday morning appears to be weather related, according to a state trooper who responded to the scene.

According to North Carolina State Trooper Ray Pierce, the tractor-trailer was traveling South on I-85 near University City Boulevard when a woman, driving a Honda Accord and attempting to merge onto I-85 south, hydroplaned and entered the tractor-trailer’s lane.

Trooper Pierce stated that in an effort to avoid the vehicle, the tractor-trailer driver steered left and ran into the concrete median wall. 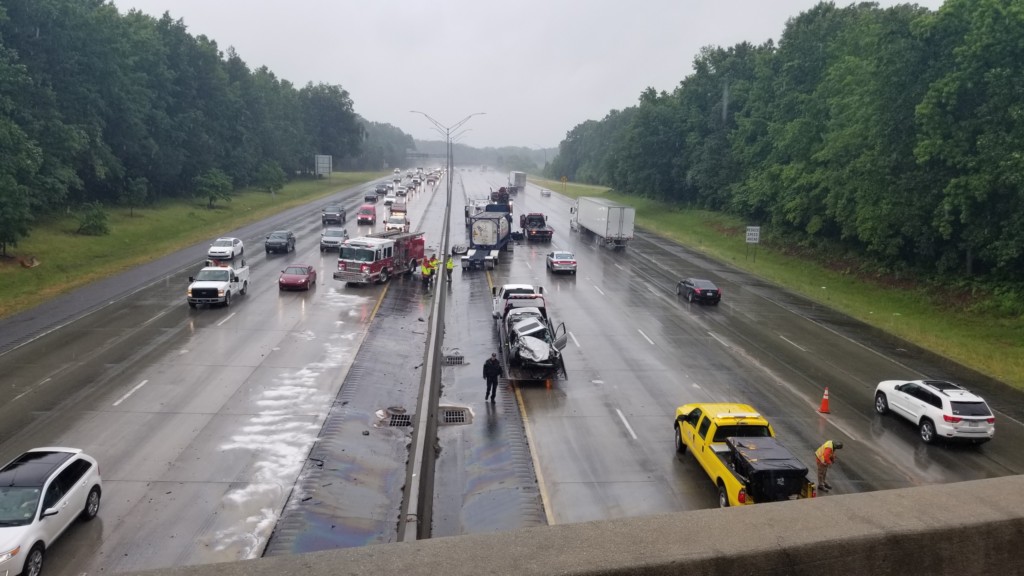 The driver of the Honda Accord sustained minor injuries and was taken to Atrium Health.  A child in the car with her was uninjured in the accident.

Officials have not updated the condition of the tractor-trailer driver.

Both vehicles involved in the accident lost oil and three lanes of travel remain closed as Haz Mat crews attempt to clean the oil spill.

Medic says one person was taken to Atrium Health with life-threatening injuries and another taken with minor injuries.

CHARLOTTE, N.C. — An accident on I-85 near mile marker 43 has traffic stopped in both directions.

The NCDOT says the crash is at mile marker 43, which is City Boulevard, and both lanes are closed.

Life threatening injuries are expected and drivers should avoid the area, according to Medic.