CHARLOTTE, N.C. (News Release) — The Checkers capped off their record-breaking season Saturday night, beating the Wolves in Game 5 to capture the franchise’s first-ever Calder Cup and deliver the city of Charlotte a championship. 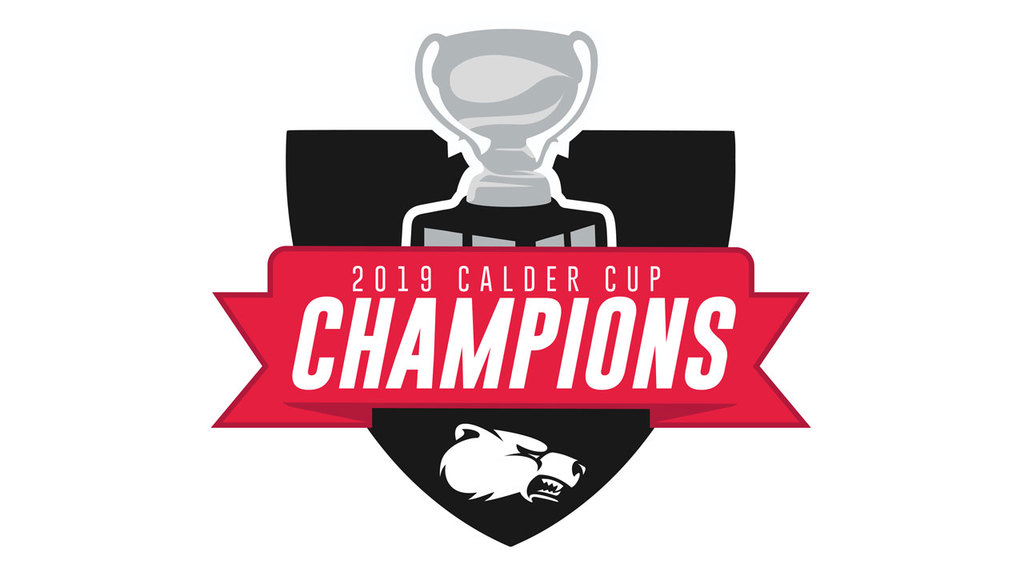 The league’s leading playoff scorer Andrew Poturalski wasted no time getting the Checkers on the board, collecting a slick cross-ice feed from Aleksi Sarela and lighting the lamp just 91 seconds after the opening puck drop.

Charlotte’s top line continued to heat up in the middle frame as Morgan Geekie added another for his squad, catching a Chicago turnover in the slot and wiring a quick shot under Oscar Dansk. The Wolves got a spark of life in the waning seconds of the period as they finally broke through offensively, but the Checkers reestablished their two-goal advantage early on in the third.

Geekie came up big with a faceoff win in the offensive zone and Trevor Carrick ripped the ensuing loose puck into the back of the net to make it 3-1.

The Wolves would cut back into the lead twice late in the third period – using an extra attacker both times – to increase the drama, but the Checkers would punch back each time as Poturalski and Zach Nastasiuk each buried a puck into the empty net to seal the team’s fourth straight win and end the series in five games.

As he has all season, the AHL’s Most Oustanding Goalie Alex Nedeljkovic stepped up to the challenge in the Cup-clinching game, pulling off several stellar denials en route to a 26-save performance. Poturalski, who ended the postseason with league-best 23 points (12g, 11a) in 18 games, was named the AHL’s Playoff MVP.

Information about the free celebration:

The Calder Cup champion Charlotte Checkers will host a public celebration at Bojangles’ Coliseum this Monday, June 10, at 7 p.m.

Admission and parking are free for the event, which will feature a video presentation, remarks from team personnel and photo opportunities with the Calder Cup. Please note that the Checkers will likely be unable to hold a formal autograph session due to anticipated high demand. Players and coaches will be willing to sign autographs as they exit the ceremony through the crowd on the coliseum floor.

Season ticket holders will have the opportunity to enter the coliseum at 6 p.m. before doors open to the general public at 6:30. Parking lots open at 5 p.m. and concession stands will be open. A limited amount of exclusive Checkers championship merch will be available tonight at the merch stand.