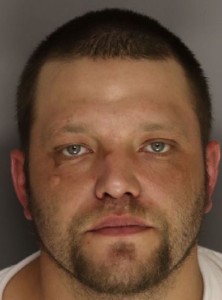 Deputies say James Spears, 30, was arrested around 1:00 a.m. on June 8th when he was spotted by his car outside a Citgo on North Main Street. Deputies say Spears was wanted on an outstanding general sessions court bench warrant.

During his arrest, officials say they located a smoking pipe and 1.2 grams of methamphetamine in a small leather case, which he had in his possession.

Officials say a search of his car revealed another 30 grams of methamphetamine, 19 Acetaminophen and Hydrocodone Bitartrate pills, cocaine, another smoking pipe, two sets of digital scales, baggies and a loaded 9mm pistol with a loaded spare extended magazine.

Spears is charged with Trafficking Methamphetamine 28-100 Grams, Trafficking Acetaminophen and Hydrocodone Bitratrate 4-14 Grams, Possession with Intent to Distribute Cocaine, and two counts of Possession of a Firearm During the Commission of a Violent Crime.

Lancaster County Sheriff Barry Faile said, “Our officers did a great job noticing Spears in the parking lot, knowing he had a warrant and confirming the warrant with our records division, and taking him into custody without incident. The arrest led to two trafficking charges, one of which by quantity is a second-level offense.”