UNION COUNTY, NC — The Union County Sheriff’s Office (UCSO) says they are still looking for a missing Marshville woman after her vehicle was found abandoned in Anson County Thursday. 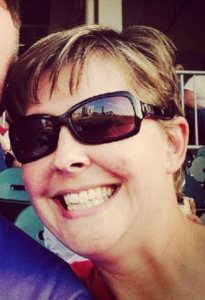 Amanda Jo Maske, 41, was last seen Wednesday morning traveling to her job in Raeford. Officials say she was reported missing after family members failed to reach her for several hours.

The UCSO says Maske’s family found her white 2012 Jeep Grand Cherokee parked at Scotty’s Bait and Tackle in the eastern part of Anson County Wednesday night, but found no sign of Maske.

Investigators with the Anson County Sheriff’s Office (ACSO) and SBI searched the area but were unable to find Maske. Authorities say personal effects found in the Jeep and leads developed during the investigation have led investigators back to the Pee Dee River.

Multiple agencies are involved in the search, which officials say has intensified.

Anyone with information on Maske’s whereabouts, or who may have seen her or her white Jeep Grand Cherokee at anytime Wednesday is asked to call the Union County Sheriff’s Office at 704-283-3789.